After writing the beautifully-introspective ode ‘Self-Love’ for our 3rd issue, she’s back putting pen to paper for issue 4. This time we managed to catch up with her for a chat.

UNICORN – Hi Sophia! Thanks again for letting us feature you in another issue of UNICORN. Can you tell us a bit about yourself and your work?
I’m a medical student, but outside of that I like to be a bit more creative. I write poetry and play around with words a lot. I keep a daily journal, and knit and draw as well.

My poetry is a really recent thing to be honest. I used to write poems when I was about 16, but I stopped for a few years.

Then over these last few months I’ve been writing every day. I wrote a few pieces at the end of March, but it really started when I saw someone I follow on Instagram doing a daily writing prompt challenge. I just thought: ‘I could join in with that’.

So I did, and then when it got to the end of the monthly challenge I thought ‘I don’t really want to stop now’ – I enjoyed it. I knew that if I stopped my daily flow, I’d just stop for good. So I’ve been going ever since

Writing every day means that I keep motivated and having that list of prompts helps get something out of me. There’s always something to say.

U – The theme of issue 4 is ‘Crush’. Do you have any crushes on queer writers right now? Or any who inspire you? If so, who and why?
I recently read a poetry collection by Mary Jean Chan called Flèche. She’s great, I love her work, and she really inspired me to keep going with my writing.

I guess the visibility helps with that aspect – Chan’s dating a woman and writes about being queer. She’s very open and talks about coming out to her mum, so that helped.

Seeing her words in a published work – that visibility, that recognition of women loving women – it’s something I haven’t seen much of before.

The first poems I wrote before I begun with the daily prompts were a series called ‘Women I’ve Loved’ and then about midway through, after I’d read Mary Jean Chan and some others, was when I started being more open in my writing – changing pronouns around in my work, and just making it normal.

U – We’re heading straight to pick up a copy of Flèche – Mary Jean Chan sounds awesome! You mentioned some other poets you’ve been reading?
Yeah – Carol Ann Duffy, Sylvia Plath, Julia Copus and Monica Youn. They’re all fantastic female poets that I’ve been reading in anthologies.

Then the other place I’ve been finding poetry is Instagram. The poet community there is great – everyone is so supportive of each other and we all keep ourselves accountable.

There’s never any negativity or comparisons like ‘Oh this writer’s way better than me’, everyone just supports everyone. It’s really lovely.

U – You’ve written us the poem ‘Resting Place’  for our theme ‘Crush’. What do you want people to take away from your piece?
I wanted to keep it simple, short and sweet. Resting place was written for my partner when we hadn’t seen each other for a while. I guess it’s more about requited love than a crush, but a crush is where it all started.

I usually like using pretty strict poetic forms like sonnets and villanelles, but sometimes for the romantic ones I just have to let it flow in free form.

I think the great thing about poetry is that everyone can take away their own interpretation of it, and it may be completely different to wherever my mind was while I was writing it, but if they connect with a line or it makes them feel a certain way then that’s my job done.

U – Speaking of crushes, who was your first crush and can you share any memories about them?

When I was younger I had quite a few crushes on boys and I thought that would cancel out any feelings I had for girls. So I don’t really acknowledge those as crushes. But there was a boy in my primary school that no one else liked and I did, and I don’t really know why…

U – You love an underdog, Sophia.
Maybe! And then when I got to secondary school, it was as if everyone expected you to have a crush on someone, and all my friends would ask ‘Who do you fancy?’ It was a weird time because I wanted to just say: ‘Leave me alone, I’m 12 years old!’

The first guy crush was on a boy I didn’t really know and I don’t know what I saw in him. My friends and I had code names for this guy – we’d imagine scenarios where I’d bump into him and plan out what I’d say. It was ridiculous because we didn’t even live near each other.

My first girl crush that I remember – when I actually realised it was a proper crush – was a girl in sixth form. I’d just started dating my boyfriend, who I’m still with now – we’ve been together six years now so, like, monogamy and all that…

U -We hear you.
But yeah, I just felt really jealous of this girl, all the time. I noticed everything she did, and anything she said, my ears would prick up.

I’d always notice her in a room

I don’t know what it was, but she was very elegant and knew what she was doing. She had this air of confidence that I wanted.

I guess when I got to the end of sixth form I realised that it wasn’t jealousy, it was admiration. There was more to it.

I didn’t know what was going on at the time. I didn’t even really know what bisexuality was until I was 17 or 18.

The first person I came out to was my boyfriend and I told him I was ‘bi curious’. It was that sort of typical questioning ‘I don’t want to commit to a label yet’ moment.

It was only when I got to uni that I started putting all the puzzle pieces together of all the mini-crushes I’d had over the years – the ones I hadn’t realised were crushes at the time.

This is why it’s so important to have good representation.

It’s come a long way since I was in school, yes, but to see being bi as normal and not seeing it as ‘the odd one out’ or the ‘weird one’ is vital.

U – That’s what we’re all about. That’s Unicorn!
Yes! My internal conflict when I was younger was always ‘Well, I like boys so how can I like girls as well?’ It didn’t fit with what I’d heard about sexuality. You either liked girls or you liked boys and that was it.

So seeing bi people as part of normal life matters.

If you see something more often, you’re going to integrate it into your world view.

I’m in a relationship with a man and I have been for six years. I’m definitely what you’d call ‘straight passing’ but that just makes it more important that I’m open about my experiences.

I think if I can be really open and frank about it, it challenges preconceptions about what queerness looks like. Because being attracted to men is part of me and part of what being bi is.

I’m still going to talk about the fact that I’ve liked women in the past but at the moment I’m in a comfortable relationship with a guy.

U – Absolutely. Being bi is so much more than who you’re with. It’s about you.
Yeah. Coming back to that visibility, I want to challenge that image people might have of me – that sort of ‘oh she’s a straight girl, she has a boyfriend.’

I want to break that down and say ‘No, look, I’m here. I’m not straight. And while I’m not going to explore that in the dating scene, this is how it is.’ It’s the same as if I was dating a woman, it wouldn’t make me gay.

When people are single they don’t suddenly say ‘oh I’m not into anyone’ just because they’re not dating anyone. Their current relationship status doesn’t define their sexuality and that’s totally normal.

Breaking down those preconceptions and saying ‘it doesn’t matter who I’m with, this is just who I am’ is really important.

U – We love that and we totally hear you. So finally, if you had one piece of advice for anyone in our bi community crushing on someone right now, what would it be?
Honesty is, usually, the best policy.

Be open about it and just say ‘Look, this is how I feel.’

Also, whoever it is, it doesn’t make a difference in the grand scheme of things, so don’t let it define you. This is who you are right now and this is how you feel right now. So if it’s someone of the same gender or a different gender or no gender, it doesn’t change who you are.

U – Not at all! We get it – don’t get too caught up on letting a crush define you?
Yeah. And if you think you’ve got a chance, say something.

We find it too easy to just say ‘Well, they’d never like me anyway so I’ll just leave it’ but that’s not how it works.

Sometimes you just have to be brave and say:

We loved chatting with Sophia last month – she was an absolute delight and her work is divine.

Sophia is a medical student by day, writer by night, and practising feminist at all times. Through her writing, she aims to open up conversations about mental health, queerness and activism, to encourage others to share their stories, and to erase erasure.

Sophia was interviewed by Emily Kemp 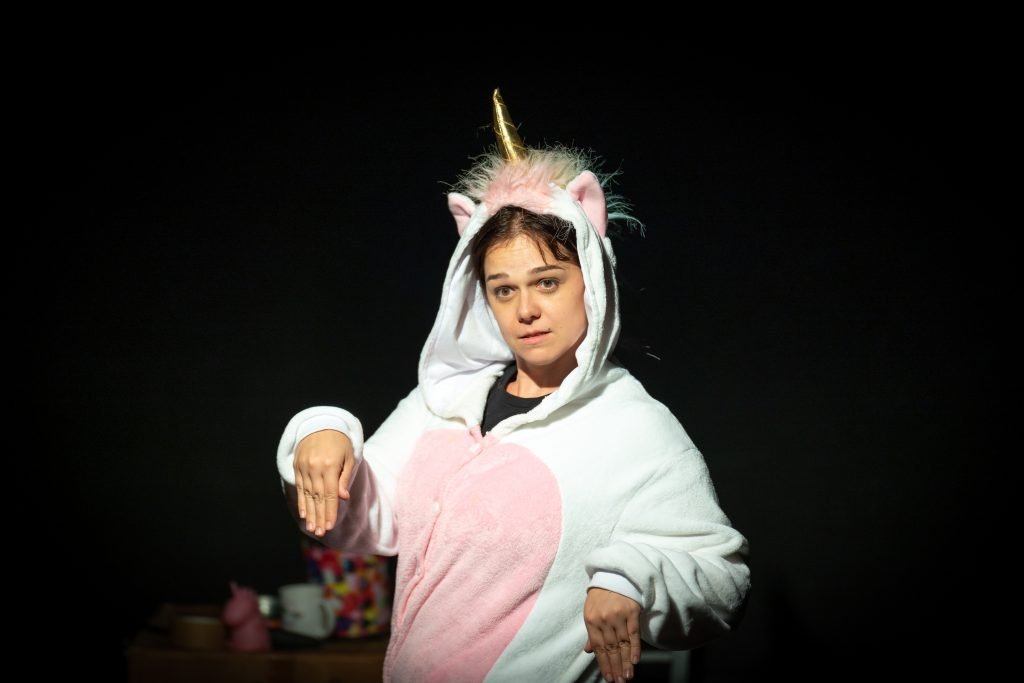 Maddie talks to Kim Scopes and Laura Furner about their bi+ archive and hit show, ‘Somewhere To Belong’

Snow Jobs and Cloud-Gasms: Welcome to the World of Ecosex

‘Question: how do I fuck a tree without getting arrested?’ 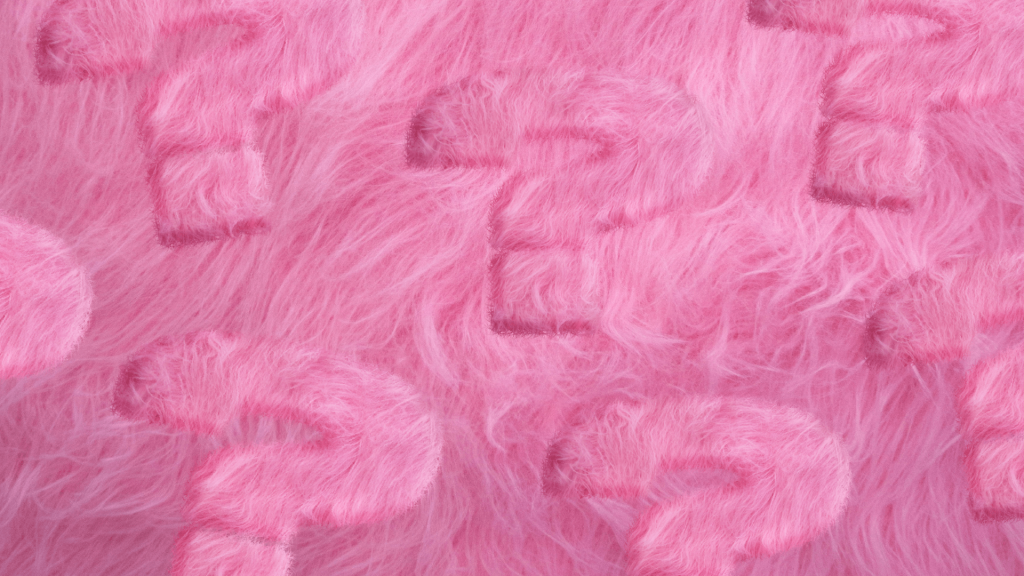 A Case For Furries: A Queer Furspective

Are we ready to introduce the queer-inclusive Fandom to the mainstream?