Q – Hey James thanks for chatting with us, can you tell us a bit about yourself and what you do?

By day (and some nights) I’m a freelance advertising creative, art director and illustrator.

Q – So as well as being a badass freelance creative we heard you also run HOMOPROMO. For our readers, can you explain the work you’re doing with that?

Sure thing! I’m the Founder and Creative Director of Homopromo:

an open invitation for artists to submit artwork in response to LBGTQ+ issues.

Artwork is submitted digitally, a selection of which is printed, exhibited and auctioned at one-off events with proceeds going to LGBTQ+ charities. With our next exhibition and auction I’m thrilled to be working with and raising money for Kaleidoscope Trust, a fantastic charity that supports LGBTQ activists around the world.

Q – Why did you start HOMOPROMO?

I established Homopromo back in 2014 in response to Russian anti-gay laws prohibiting the “promotion of homosexuality.” – a heinous measure dreamed up by conservative politicians to gain popularity with far right groups, emboldening anyone who wishes to persecute LGBTQ+ people in Russia.

I was so shocked that a supposedly developed country was actively sliding back into the dark ages I felt compelled to do something.

I didn’t want to do something reactive that pumped more bile and vitriol into the world.

Then it just clicked.

If Russia wouldn’t ‘promote’ homosexuality I would!

Then Homopromo was born. By filling the world with more queer art than you can shake a unicorn at, we could raise money for gay rights charities and help improve the lives of our community around the world in a real and tangible way.

Since then Homopromo has continued to spread a message of love and tolerance, broadening the remit with successive exhibitions to include a wide variety of LGBTQ+ issues.

Unfortunately there’s plenty of ‘inspiration’:  homosexuality is still illegal in over 70 countries, and punishable by death in 12 jurisdictions. Mass arrests of LGBTQ+ people in Nigeria and Uganda persist, as does the persecution and disappearance of gay men in Chechnya.

Worldwide, trans people continue to experience discrimination and violence across all areas of life. There’s still so much injustice experienced by the LGBTQ+ community around the world that it’s important to continue to shine a spotlight on it and not just rest on our laurels as some of us enjoy greater freedoms.

Finally I wanted to create something that’s completely inclusive, welcoming anyone who wishes to collaborate in the quest for a global society free from homophobia and persecution of LGBTQ+ people. You might be an established artist or a teenager sitting in your bedroom,

everyone is welcome to contribute.

Q – Obviously the premise of HP is to showcase queer talent, but how important do you feel queerness in arts & culture is?

Great question. Quite simply it’s essential. It’s key to creating a society that reflects the plurality of voices and experiences within it, that makes everyone, regardless of their sexual orientation or gender identity feel welcome, nourished and able to thrive.

In many ways it’s a dry, statistical issue – we will always be a minority,

it’s therefore paramount we’re vocal in our advocacy, protest and celebration of LGBTQ+ issues and culture

to ensure it remains in the mainstream consciousness, and gets put firmly on the radar in places where it’s not.

Yes we’ve achieved greater freedoms than ever before, yet as we’ve previously touched on there are still so many places in the world where that’s just not the case and LGBTQ+ people are actively persecuted, living in constant fear of their lives.

There are many places here too, even in London where I think twice about holding my boyfriend’s hand whilst walking down the street, and that is absolutely not ok. I believe passionately that we all have a collective responsibility to create a world where you can love who you want to love without fear of reprisal or reproach.

Change doesn’t happen without positive action and hopefully Homopromo is helping provide people with a platform to do just that. I’ll get down off my soapbox now!

Q – What do you want people to take away from HP exhibitions, other than hopefully to buy a piece of artwork?

I want people to be enriched, stimulated, provoked, and challenged by the voices, issues and ideas engendered by the artwork they experience.

I want people to see the world through the eyes of other people and develop an understanding of the experiences of others.

I think it’s through this process of empathising with one another that we can create a compassionate society that allows space for everyone.

Q – The theme of our fourth issue is ‘Crush’. What queer artists do you have a ‘crush’ on in terms of their work?

I’ve had a crush on Egon Schiel since an early age. He obviously predates terms like “queer” but his work embodies much of the uncompromising energy, honesty and themes we see in queer art today like sexuality and an inner psychologcical world.

His figurative work is so impactful and haunting, his contorted figures just ooze a dark eroticism and sense of mental complexity. They’re so raw and unflinching. I love the aesthetic too, it’s almost illustrative with the bold outlines and restricted colour palettes.

His work is so iconic and instantly recognisable which is impressive in itself,

but there’s also this playful simplicity to it, the bright, jiggling characters that at the same time often conveyed life saving messages during the AIDS crisis.

More recently I’ve been obsessed with the Instagram account @theaidsmemorial. It describes itself as ‘stories of love, loss and remembrance’. Each post documents someone who has died from AIDS related illnesses.

Their friends or family submit the photographs along with the words to accompany the image. A lot of those featured died during the crisis of the 80s and early 90s so it’s a poignant way of bringing their individual stories to life.

as you read about ordinary individuals facing extraordinary circumstances with so much courage. It reminds me of the power of love, and the vital energy in human relationships. I’ve lost count of the amount of times I’ve cried reading through the posts.

Q – Favourite pieces that have sold through HP so far?

Ah that’s like asking a parent if they have a favourite child!

I’m always so impressed with the range of entries from graphics to conceptual installations, illustration to oil painting, and that they come in from around the world. I will say I’m very excited about the submissions we’ve had so far for the next exhibition and auction.

Question: What’s your plan for the next HP exhibition post isolation?

The exhibition will go ahead as soon as it’s safe to do so, so watch this space. Follow us on instagram or visit the website for updates.

Q – How can our UNICORN audience get involved?

We are still open for submissions so if you feel inspired by any LGBTQ+ issue then please submit for a chance to be featured in the next exhibition and auction.

All the submission details can be found on the website.

The exhibition and auction will be a free, ticketed event. We’ll release details of how to get your hands on them when the date is confirmed so keep an eye on our socials.

James was interviewed by Lucy Everett

Where Are All the Bisexual Men?

We pick out our favourite queer podcasts to tune into 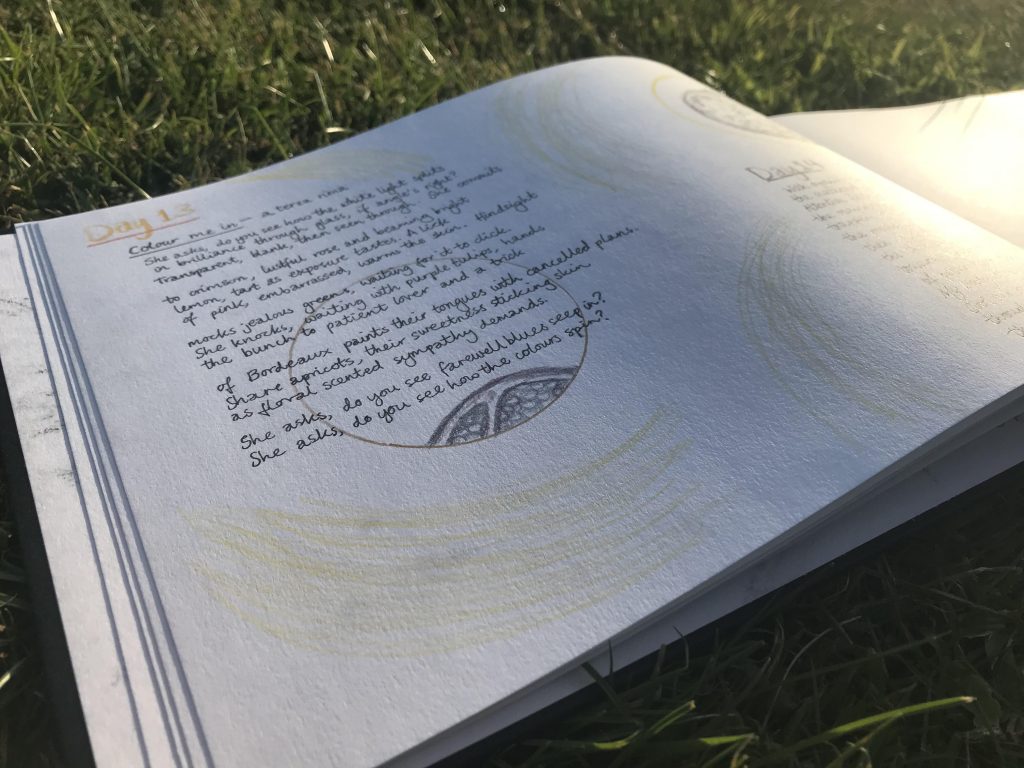 A chat with poet Sophia Dos-Remédios about her writing