Making ‘Factory Talk’, a Short Film on Sexuality and Masculinity

Q. Thanks for chatting with us again, it’s clear you’ve been busy working on new stuff since we last spoke! Do you want to tell us how ‘Factory Talk’ came about?

Thanks for having me. Yeah, always a busy boy! Factory Talk came about as an idea through my own personal experience of working in a factory, and generally just occupying very working class masculine spaces whilst being queer but passing as straight.

It is a real experience to hear what people have to say about people like you, when they don’t know you are the very person they are talking about.

I am really interested in the way we communicate as men,

as it’s often so complicated even though we like to pretend it’s straight forward.

We like to talk ourselves up and build up esteem and status through our conversations with each other, as working class men especially, what our family and friends think of us is often our only currency, I participate in this too and navigating queerness through that is an unexplored territory.

Q. You collabed with Lucie Rachel on this piece, have you worked together before?

We have, she is amazing and an absolute powerhouse in so many ways. I was very lucky to be able to contribute some writing and performance to her Channel 4 Random Act; Touch Me, Don’t Touch Me.

The very reason Factory Talk exists is because of Lucie, she came to me with a brief from an organisation that she’d worked with before, Art With Impact , and gave life to the original poem I had called ‘Pre-treatment’.

We took it from its bare bones to a fully formed piece as she produced and co-directed the short with me. I owe a lot to her in my development as an artist and as a person, and I’m sure we will continue to work together in future. Check out her work and watch this space.

Q. Can you talk us through your creative process in making the film?

We both work full time and are based in two different cities, so, it was a lot of shared documents and a lot of video calls. When you have a full time job, and not loads of access to funds you just have to make it work.

For concept, it was us developing a piece I already had, and thinking about that visually as well as a performance piece. Lots of sending drafts with detailed feedback, audio notes back and forth, and a lot of discussion about what we wanted to achieve by making it, and what we wanted to say with the work.

Once you have that down, you actually just have to start being practical and make it happen.

Q. “He picks his colour out of the rainbow and shows me without asking” This is a powerful line in the piece. What did you want people to take away from this line?

I just wanted to show a little window into how masculinity can feel when your bisexual.

I get this little window into what straight men think of the world, because they think I’m one of them.

In one way the line is on the nose, that this archetypal masculine factory worker is talking about lgbqt+ community to someone who he doesn’t know is part of that world, without them even wanting to be in that situation.

And in another way it’s referring to how he is deciding how to position himself in the world of masculinity and work. He’s choosing an identity out of the few options he has and he’s proving that identity to the person he’s talking to. Even if they don’t need him to do that, or don’t want to hear it, they have to because he needs to say it.

Q. There is a big theme of nostalgia with lines such as “How Big Macs used to be bigger” How important do you feel the balance between nostalgia and questioning are in your piece?

They used to be bigger, right? It’s not just me is it? Nostalgia is very important to me in my work, it’s how we think about the world, we are fond of things we know and feel safe around.

There is a comfort in thinking about those things, and there’s an interest in using that comfort in emotive work, especially when the work is about anxiety.

I place these nostalgic comments in the mouth of the factory worker as often homophobia or biphobia when interrogated is just fear about not knowing how people and the world works anymore.

Maybe that’s just the nicest reason to give, but it often comes up. In the piece, it is an opinion that doesn’t mean anything, which precedes the opinion that has an impact on our main character.

Q. Did you find inspiration from other queer short film creators? If so, who and why?

Lucie Rachel: We draw inspiration from so many places, including tv, film, photography, music, and writing –

probably more than short format work. However saying that, the first film that comes to mind is one of my favourites of the last few years – We Love Moses by Dionne Edwards.

It’s an incredible film that I’m always inspired by and always think of as my first point of reference as an example of an AMAZING short film in the last few years. I love the inclusion of voice over storytelling, and the incredibly personal and intimate spaces the viewer is brought into. This is the first film that made me interested in working in short form fiction, and it’s just an absolutely brilliant piece of filmmaking.

Others that come to mind are the surreal How to Live Your Life Correctly (2018) and the Scottish BAFTA award winning My Loneliness is Killing Me (2018), which are both works of art in different ways but have absolutely stunning visuals.

Other inspiring queer creators we admire include Rosie Hastings & Hannah Quinlan, Siri Rodnes, Nosa Eke, Laura Kirwan Ashman, Joy Ghararo Akpojotor and Lindsey Dryden among others. Their works cover a range of approaches and content and working with different platforms, these are some of many filmmakers making incredible work at the moment that we look to.

There are so many examples we could put forward for different reasons, but

and so we’re definitely going to be doing the research for more queer content for our next collaborations!

Q. Do you have any advice for our fellow UNICORNs on how to get creative during the pandemic and making their own short films?

This film was luckily made just before lockdown began, but during lockdown I wrote and published two zines; one about working class pride, called WORKER TYPES that you can buy through my instagram, and another that’s a feminist queer bisexual western which is released later this year.

Those were my way of keeping creative and being busy despite having projects delayed. For me lockdown would be a time to pull your ideas together, it’s the evenings and days off where you can’t do too much that you can sit and pull ideas together in a notebook or on your phone or whatever.

It’s a weird time, if you feel like being creative, do what makes you feel good

but in terms of practicality and getting stuff made it will be a long time coming. I have a bisexual podcast in production but it’s been so delayed.

Making films is hard, harder still in a pandemic. My advice would be to reach out to artists, poets, filmmakers, performers, writers that you like and collaborate on a project with them. Have meetings over zoom, and take your time developing something great, think about what you can actually achieve and let that inform your creativity.

I wrote this piece because I had a way to be able to film in a factory, that is an absolute luxury. If you can only go to your kitchen, set something in a kitchen and go all out on the props.

Q. Can we expect any more films from you in the future?

You absolutely can, me and Lucie are cooking up something at the moment. I’m working on some audio projects too. My zine, WORKER TYPES is available through my instagram bio, and the other zine, A Fistful of Bangers will be available there too when it is launched later this year.

As always it’s a pleasure catching up with Chris and hearing about his projects with Lucie. I for one can’t wait to see what’s next.

Factory Talk is an intergenerational conversation about identity, sexuality and masculinity in a rural factory. Through the clanging of metal they make small talk, but as the gripes and grumbles testify to better times, the questions rising on the factory floor are of more than just nostalgia. 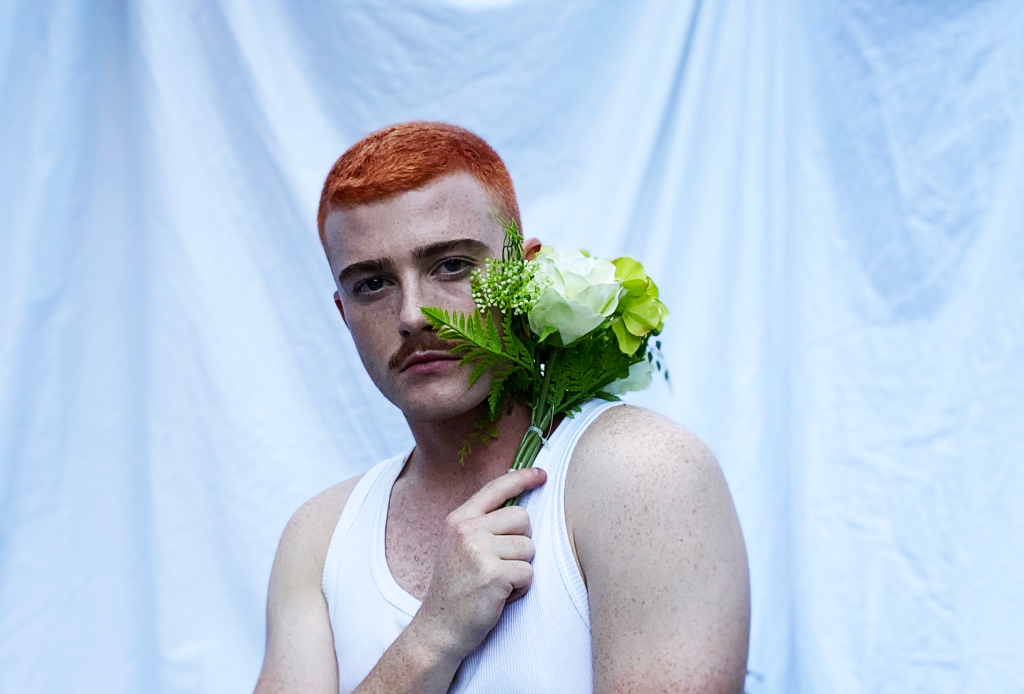 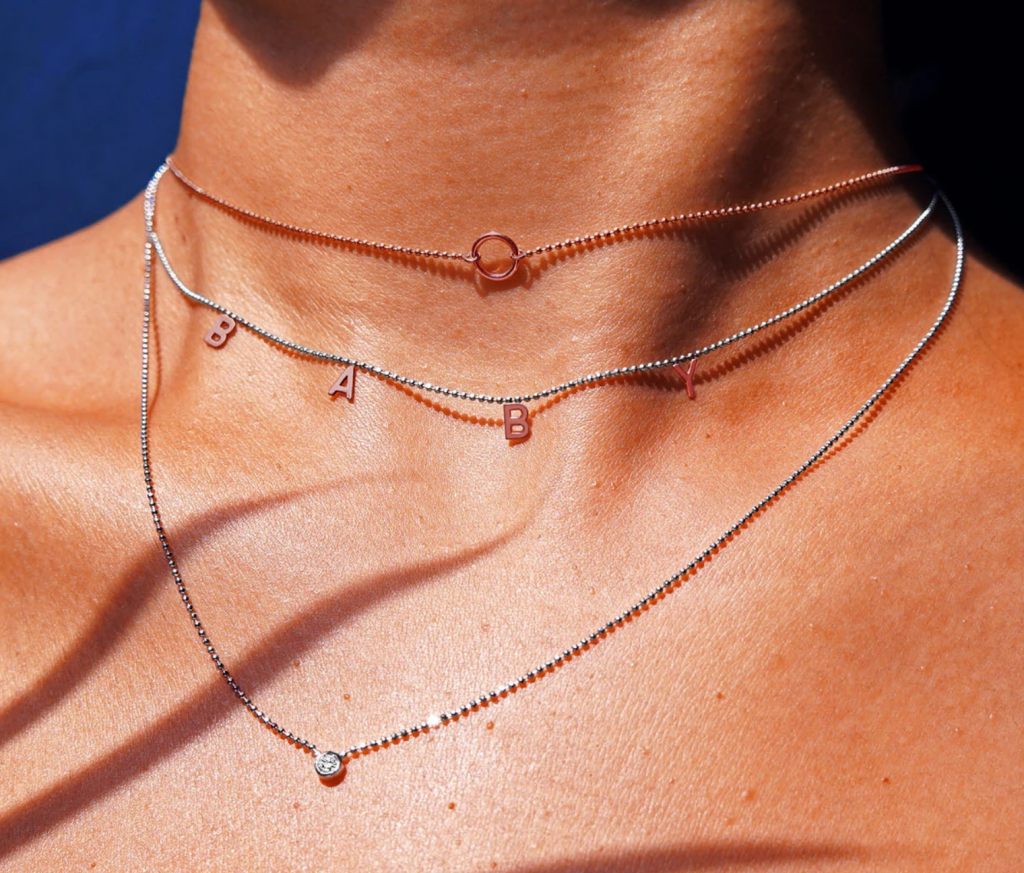 11 Eco and Queer Holiday Gifts For Your Planet Consious Pal

Decoding The Ones and Zeros of Life, Music and Creativity With NEO 10Y

Chatting about spirituality and creativity with pansexual artist NEO 10Y