Battling The Binary and Challenging Brands to Keep Up

(EDITOR’S NOTE: The interviewee of this article mentions a political party which Unicorn Magazine is not affiliated to. It is the author’s discretion)

Q. Thanks for reaching out and sharing your time with us. First up do you want to introduce yourself to our readers?

In the summer I ran for deputy leader of the Green Party in England and Wales and I came 4th out of 5, soooo not the worst result!

I was quite vocally non-binary for the 2019 general election. I’ve also been involved in the House of Lords campaigning – which is obviously very different.

You’ve been quite busy then Tom?!

Yeah. Do you know what an APPG is?

I mean I could pretend, but nope.

It’s an All-Party Parliamentary Group. They are formally recognised by the Houses of Parliament authorities. You have to get a certain number of parliamentarians involved to get formal recognition. There’s 600 APPGs. They’re on things like countries and regions and then there’s issues like nuclear disarmament or football. So pretty varied.

The one I set-up was on the role of the House of Lords. I want to see the House reformed. So yeah you could say I’ve done a couple of things! Haha.

Well it all sounds pretty impressive to me. Way more meaningful than what I do on a daily basis.

You say that, but you don’t know what I actually do. I think it’s a lot more boring than it sounds.

Q. Can you tell us about your ‘Include Mx’ campaign?

It started about 6 weeks ago*. I was sitting in this exact chair.

I got two different packages from Argos that both said Mr Pashby and I thought ‘This is shit. I don’t need to deal with this personally’. – I’ve had 3 years of this.

I realised I was non-binary in 2017 and quickly changed everything I could to Mx. I could go into that, but that’s a whole hour into my discovery!

That was around March / April time. Then I met up with a uni friend and she said ‘So are you using he/him pronouns?’. I realised I’m not, and he/him pronouns  made me uncomfortable.

That was the first time I thought ‘I’m using they/them’ because someone asked me the question – which is a question that rarely comes up.

Yeah we all use our pronouns on our emails at UNICORN so we don’t ask or presume. It’s something I try to challenge myself, in places I work. I think it’s important to say they/them unless you know otherwise to avoid making someone uncomfortable.

I’ve been going through that for 3 years. So soon after realising my pronouns, I changed everything to Mx. I’ve been speaking to brands that whole time with varying degrees of success – but that’s just me.

So for instance in 2018 – I got Hunter wellies to add Mx. They did it straight away. I’m pretty sure I ordered some silver shiny wellies!

AMAZING. We need to see those!

I thought because I have comms experience and I know where pressure points are, I’d use those skills to start it as a campaign.

You’ve probably seen it, but it’s had loads of success so far!

I managed to get into national newspapers pretty quickly and brands are already responding.

Just now – I published a quote from M&S. They were happy to publicly support the inclusion of Mx on their forms, which they were already doing.

NGL. You kinda skipped all through all my questions. But obviously it’s awesome you’ve got all this coverage!

I’m pretty sure I had an experience renewing my driving license and when it asked for my details it had a disclaimer about not being able to change the form online from the binary Mr, Miss and Mrs. I just was like what?!

But don’t quote me on that – but I’ve seen it on a form somewhere.

I defo have Mx on my license, but they changed it with very little fuss. See this is very normal for me, but it’s not for other people.

There is an increasing level of awareness in these systems now. For example the UK deed poll service, a friend of mine recently changed their name and filled out the form with Mx. But in the certificate, it said we’ve changed your title to Mx, but please note that this isn’t widely accepted everywhere and whilst we’re formally recognising it, not everywhere is – which whilst that’s annoying it is good awareness.

There are these incremental changes happening and I’m just trying to get everyone to do it. Because it’s easy, it really is! It’s just a matter of getting round to doing it.

L. Also I realised I’ve been pronouncing Mx wrong during this interview, my apologies!

I then randomly went viral in France, ( (also, I went viral in French LGBT circles and that resulted in the interview with the Parisian feminists). I saw comments about how different people were pronouncing it still. I mean, I don’t mind but it’s interesting for sure.

What’s next for the campaign?

That’s an interesting question. I have some off the record stuff, but obviously you’ll all have to wait!

Ahhh dammit. Maybe we’ll get the inside scoop nearer to the time?

But there is on the record stuff.

I’m trying to keep the tone friendly. One of my friends said to me it looks like a lifestyle thing, rather than a political campaign. It’s more friendly and chatting and I deliberately use emojis to help make it feel more accessible tone wise.

I’m splitting it half and half – so half is thank yous to brands for including Mx, and the second half is reaching out to brands asking them to include Mx.

It is frustrating where some brands are saying it will be dealt with, but not committing to a timeline. Whereas I’ve had brands reach out to me, even this morning actually, saying they’ve seen the campaign and are now adding Mx to their forms. Which is amazing isn’t it?

With those brands that are dragging their feet, I’ve also been in contact with one or two of their LGBT workplace groups to apply internal pressure.

With another brand, Next – I can say this one as I’ve already tweeted it.

I was DMing them asking them to add it, which is low key and more friendly but also means it’s often done behind the scenes and not publicly.

So I tweeted them to say how disappointing this was. I’ve done this a couple of times, where I have a public response and share my disappointment about the brand and how they don’t want to retain the customers who use Mx.

Because a big part of this is to threaten reputation – because otherwise it won’t happen. The way to get most companies to change is often to threaten their profits.

Around the time of the GRA consultation – it threw up results that thousands of people in the UK are non-binary, and non-binary people are a significant proportion of the people who use Mx – which means there is a lot of money at stake here. It makes me not want to use a brand if they don’t want to comply.

Of course – and it’s not just people who use Mx, but people like me, allies who will think twice about brands that aren’t inclusive of everyone.

So that’s an escalation tactic. I have others, but my partner has said Tom please don’t do that. I’m all over the scale, but I’m sure 2021 there will be things happening.

How can people get involved / help?

Thanks so much for chatting with us and good luck with the campaign!

*I caught up with Tom at the beginning of December

**Next actually added Mx as a result of this campaign! Tom just posted about it on the 20th January 2021. 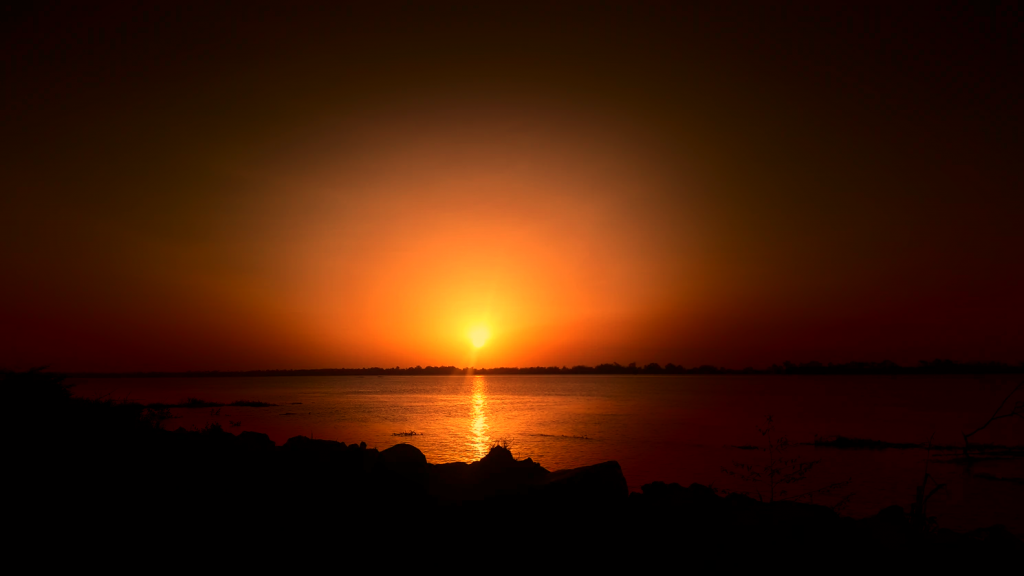 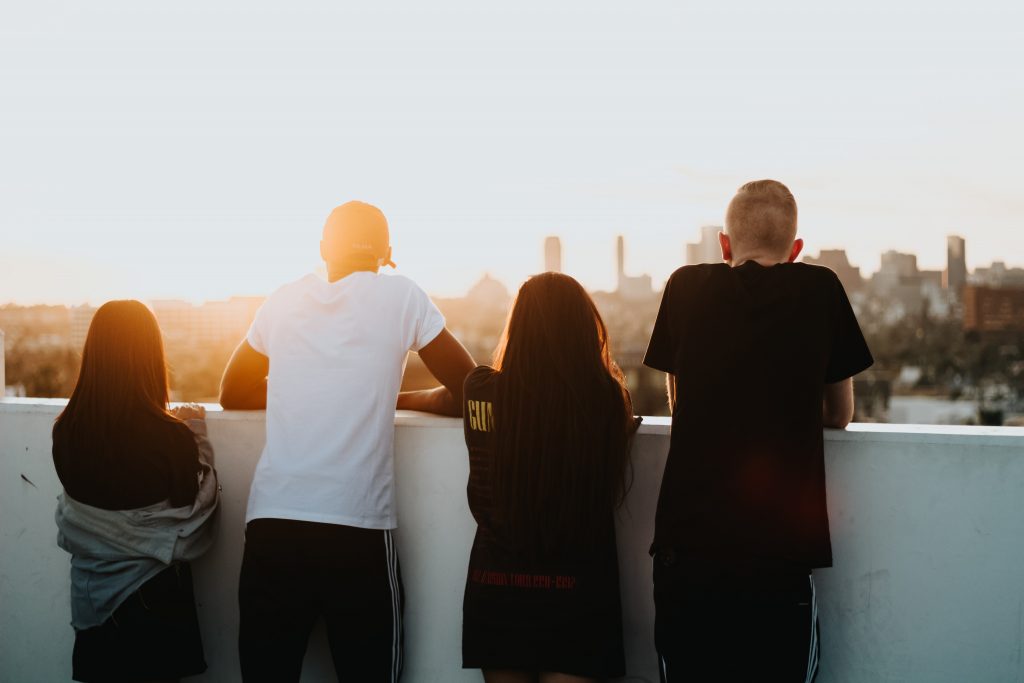 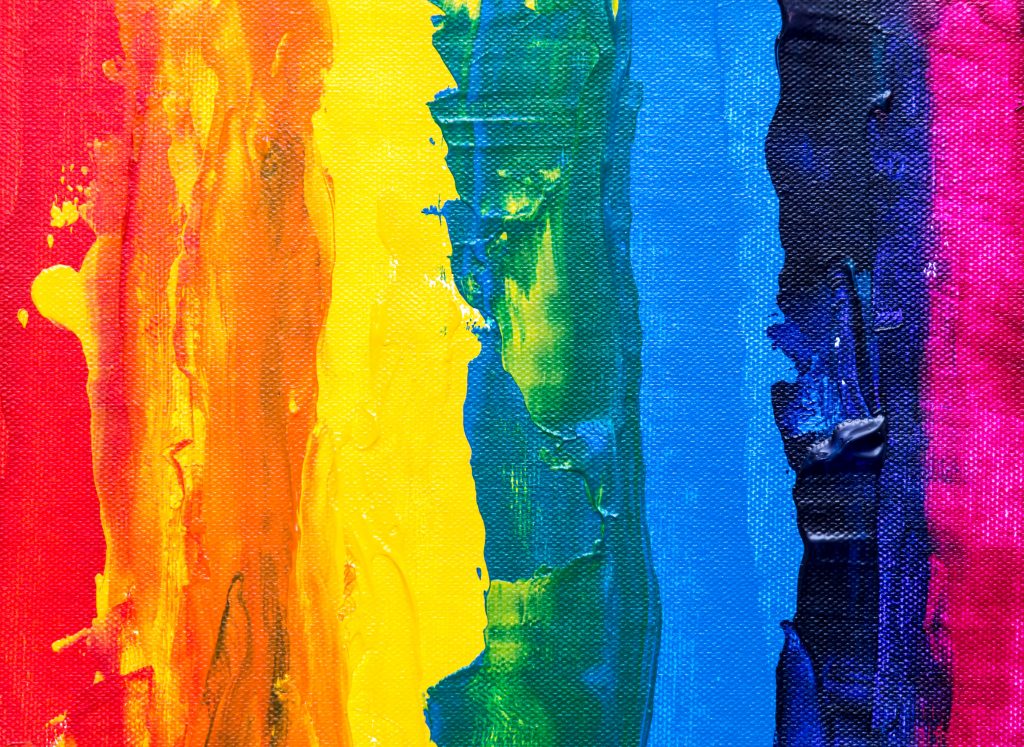