LGBTHM21 Special: The Things That Made Me Queer

Let me set the scene for you all. I am, as always, in my comfies, wrapped up with numerous layers, a hot water bottle and a blanket – yup, I am in fact an old woman. However this groundhog day of lockdown is a little different, for today is the day I get to interview Crystal.

Yes you read that correctly, Crystal, as in Ru Paul’s Drag Race UK season 1 queen. I too, had to double take when I was told about this opportunity.

Nevertheless, I had to remain cool, calm and somewhat collected ahead of our call, even if I was fangirling hard on the inside. After establishing I would only be voice recording our chat, because I was not camera ready, here’s how our chat went down.

Unicorn: Thanks for chatting with us. I’m personally honoured as a big Ru Paul fan, but for the sake of our readers, can you give us an intro into who Crystal is?

Crystal: I’m a Canadian drag artist, living in London and I made a splash on the tv show RPDR UK.

What made you decide to move across the pond to the UK, aside from our wonderful charm and love of tea?

I just wanted the big city life. I did that classic early 20s gay thing of running away from home to go to the big city to make my fame and fortune.

Important question: are you an East London drag gal or South?

How would you define the East London drag scene?

Yeah I’d have to agree with you. I’m an East London gal and my favourite haunts are defo Bethnal Green Working Men’s Club.

Speaking of fellow EL queens, any thoughts on the latest representation on S2 of RPDR UK?

Oh I love the cast. They’re so talented and kooky and fresh. There’s lots of kinds of drag that we haven’t seen before. It’s also so very British and I love watching it.

Me too, I’ve even managed to get my mum on board and we have weekly catch ups to discuss the queens.

Sticking to the theme of your incredible new podcast “The Things That Made me Queer”. Let’s start with a basic question. Crystal, what was the thing that made you queer?

Gosh there’s so many. But I think the things that helped me understand my interests, and better shape my drag persona, are things like: comic books, fantasy novels, video games, sci-fi movies, all the fantasy stuff.

When I was a kid I was just looking for any escape, so any world that gave me a look into that.

In terms of early crushes, it would be action heroes like John Claude Van Damme. Or probably someone in the mortal kombat movie, embarrassingly.

Oh gosh that’s so not embarrassing. The UNICORN team and I were talking about the things that made us queer and characters. Jessica Rabbit was a game changer for me…. (sorry mum if you’re reading this).

I think that’s a classic.

During the late 80’s and early 90’s the queer scene had an explosion of punk energy which created so many creative subcultures (like Club Kids) and led to modern day drag. Do you think queer expression has lost it’s punk edge? (with commercial Prides and drag in pop culture like RuPaul)

No I don’t. If you go to any warehouse district in Tottenham, you’ll still loads of amazing queer artists loving their best polyamorous life, being political, creating amazing art, being fully punk. They’re living outside of what society still expects from people.

I think that queerness has got a palatable edge, and there’s definitely a ‘mainstreamness’ there, but there’s still also lots of people outside of that.

I don’t think queerness will ever lose its punk edge, but drag might.

I didn’t actually know about the Tottenham gay scene.

It’s the only cheap place to live in the East, if you can call it east. It’s probably north London. It’s like the new Dalston.

Of course it’s LGBT History month so we couldn’t not ask you some queer history related questions. – what would you say is a key moment in queer history that inspired you?

I guess I’m really inspired by protest movements. You can look at historical ones like the Act Up movement in the states, which was really instrumental in getting research towards drugs for HIV and aids, and was really effective.

Then seeing how that legacy continues with things like the Trans Day of Remembrance, like the one that happened here in London last year. Or even the BLM protests. It’s inspiring to see how people have fought for your rights before and how that still applies today.

Yeah I always feel like that at Pride. Obviously we didn’t have our usual celebrations in London last year (and I doubt even this year) but I always get so emotional.

My friends laugh at me they’re like ‘you’re meant to be here, having fun, and drinking and you’re here tearing up!’

My response is that it is emotional, people fought hard for the community to be here celebrating today, wearing glitter and getting drunk, I’m just having my moment.

A lot of our younger readers won’t know we had Section 28 in the UK (“shall not intentionally promote homosexuality or publish material with the intention of promoting homosexuality), did you have anything similar in Canada?

I don’t think so. I saw that question coming and I tried to have a look. I’m not aware of any law, and I’m sure someone will correct me if I’m wrong, that was like Section 28.

But anyone who grew up in the 80s or 90s, will tell you that gay sex edcucation was not a thing. I don’t think it was on the table anywhere in the world to talk about in schools. Whether there was a law I’m not sure, but there wasn’t any acknowledgement from the school system where I was in Canada.

Is there a historic queer moment in Canada that our international readers might have never heard about?

Well I think it’s really important that everyone knows that Alanis Morrisette released two dance albums before her grunge ‘you oughta know’ phase. You can watch them on YouTube and see her doing dances in high waisted jeans – you’re welcome.

Obviously going to search for that as soon as I get off this call! Brilliant thank you for bringing this into my life.

It’s interesting to talk about LGBTQ+ History today, because there are so many resources out there. Do you think that while education is less restricted, queer icons like drag queens still are responsible to teach and inform the younger queer community about their history? Or do you sometimes just want to be a great performer that offers escapism?

I think it’s both.

Personally when I go to do a show, I don’t do it for the point of education. But I can use my platform for that when other opportunities arise. That’s not what I want to do in my shows, but a lot of drag queens do and are quite political and that’s really great too.

I think that anyone with a platform has a responsibility to use it wisely, but that said, it’s no one’s job to teach anyone else. Young queer people have a responsibility to search out information and learn it themselves. It’s great that I can share things, or make people aware of issues, but the responsibility is on the individual to know their history.

I totally agree. I don’t think we have to educate every step of the way, but sharing useful information and resources where possible.

I think if every drag show was about political issues, it would get a bit tiresome and preachy. People just want to be entertained.

There’s still something powerful, I think, in seeing men embrace the feminine.

I think that’s political in it’s own way, just there’s more of it now.

A lot of our readers identify as bisexual and pansexual, it would be a shame not to ask you who your historical bicon (bi icon) is?

Probably David Bowie. He has previously described himself as bi, I don’t if he still did when he died, but he definitely had that energy and had relationships with me, so yeah, him. Although it’s always messy trying to apply modern labels to historical people and it doesn’t always work.

We love your podcast, where did you come up with the idea?

I think because when you do drag, you’re constantly exploring your own reference points and the things that inspire you and your looks. You’re constantly thinking about those references and it’s interesting to hear it from other people.

It came out of the drag scene but then I realised lots of people have those moments and I wanted to talk about it.

You’ve got some pretty epic guests in your episodes, including Shea Coulee and Juno Dawson, how have you found it getting people on board to talk about their queerness?

It’s been really good. I cherry picked people who I knew had something to say. People have been really receptive to the idea, it was easier to get guests than I thought it would be. It’s just a shame it all has to be over Zoom.

Who’s your dream guest you’d like to have on the show?

Beth Ditto from The Gossip. I’m obsessed with her. Her music is amazing, her voice is amazing, the way she dresses is amazing, I’m a mega fan. And every time I’ve seen her live, I’ve been like ‘I wanna be your frieeeeend’.

Haha. Well hopefully she reads this and reaches out.

I’ve said it in a few articles now, she’s probably going to think I’m stalking her!

What’s next for the podcast? Any t you can spill?

The last episode of season 1 comes out next week and hopefully we can do some more. But I don’t know if we will be able to or not, but fingers crossed.

Where can our readers go to listen to the show?

Apple Podcasts and Spotify just search ‘The Things That Made Me Queer’.

Amazing. Final questions. Any tips for our fellow queers looking to get into the wonderful world of drag or in expressing their queerness?

Ooooo any tips. I mean self expression needs to come from within, so no one can tell you how to do it. But I will say, when you allow yourself to live without shame, it’s a really powerful thing. Whatever it is that you’re frightened of, try and let it go and give into that feeling. You’ll be amazed at what you can achieve.

What a great way to end all our questions, ahha. Thank you so much Crystal. Fingers crossed we get to see you perform live soon, but in the meantime I’m gonna binge on all the episodes of your podcast and search for those Alanis Morrisette videos.

Crystal was interviewed by Lucy Everett 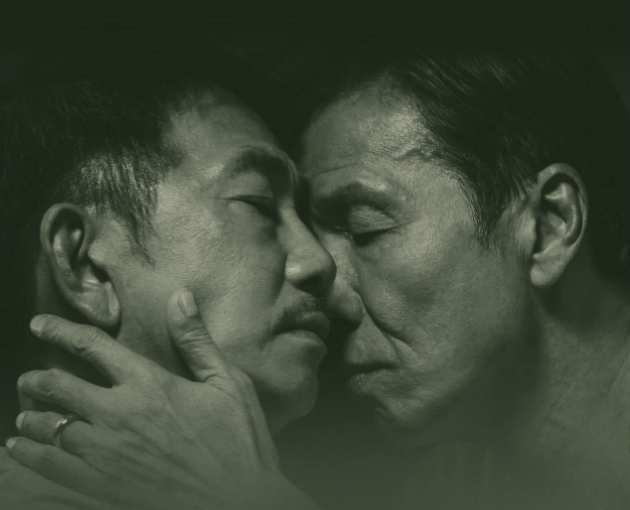 Fading History: Why We Should Pay More Attention To Our Queer Elders

For World Senior Citizens Day, Nithila writes about why we need to be kinder to the oldest members of the queer community.

Out With The Old, In With The New: The Generational Queer Divide 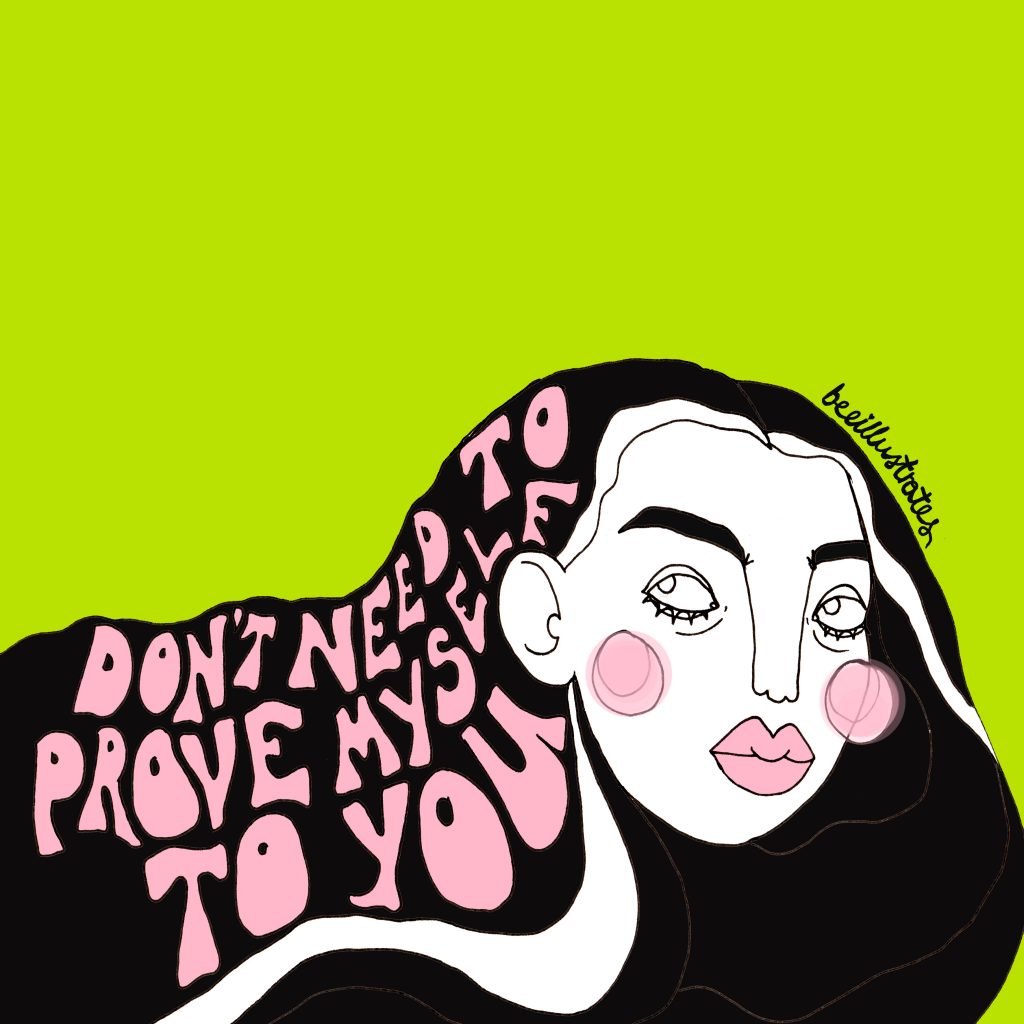 A chat with illustrator Bee Anderson