‘I’m drinking tea. I don’t drink normally until… 7?’ Blizz is on Eastern time, but luckily it’s 9pm on a Friday night in my timezone and I’ve got a V&T with a funky cow straw all lined up. We chat about what our tipple of choice is – I confess my go-to are blue WKDs (which apparently isn’t a thing in America – talk about cultural exchange, eh?). Blizz favours tequila, good wine, and rosé ciders, and promises to introduce me to some good ones if I ever make it over to Maryland to hang out with him. “I want better for you!”, he jokes in mock exasperation.

I’m supposed to be interviewing Blizzb3ar, an up-and-coming queer Twitch streamer, but we decided it’d be far more fun if we chilled (blizz, chill – get it?) and he gave me a live stream of a game of his choice. “I went to my community, and I was like ‘y’all, send me queer games and tell me what you like about them, what game I should play for this interview. And they were like, ‘do Ooblets!’ It’s very adorable.” He loads up his screen, and the catchy funky music starts as my screen fills with colour.

Blizz starts clicking through a character selection screen, and shows me how all the characters are non-binary: all the clothes, hair, accessories etc. are gender neutral by default, and indeed *adorable* to boot. Blizz sticks some cute bear ears on his character, and I ask him about his name.

“I used to play this game called ‘MapleStory’ when I was little. My name on there was Blizzbear, like ‘I’m so ice cold, I’m so awesome.’ People get so confused when they hear Blizzb3ar, ‘cause they think I’m like a white bear, and I’m like no, I’m the complete opposite, I’m like a black stringbean, I’m sorry!” He laughs warmly. “But it throws them off. 100%, it’s hilarious every time.”

We wander out of his ‘house’ with its perpetually unmade bed (apparently Blizz is neater in real life) and into the clothing store (Blizz snaps up a snazzy new argyle sweater), before we scoot on back to his farm with his little Ooblets in tow, teeny pets that remind me of a cross between Pokémon and old-school Neopets petpets (try saying that when you’ve had a vodka or two). All of Blizz’s Ooblets are named after members of his community, and community seems like a huge part of the draw of streaming for Blizz.

“2020 has been on fire this entire time. So a lot of people coming to my stream, they’re like ‘hi, I’m not gonna lie, I had a bad day.’ And my thing is like, ‘you came to the right place, you came into a safe space. Do you need a virtual hug? If you wanna talk about your problems, we can all talk about it, and also have a fun time.’ I’m the kind of person that likes playing chill games. You just listen to this music and just go around farming, having fun, interacting with the town members. It’s relaxing.”

“I have recently gotten into just chatting streams, where the entire stream is dedicated to me just talking with my community and checking up with them. It gives me more of a chance to just engage with my community, and to mentally and emotionally check in with them. I’ve enjoyed getting to know everyone and meeting new people.”

After we chat and harvest some crops for a bit, he says he’s going to take me for something exciting, so we head off past some cute little radishes, birds, and turnips, all with fun names like ‘radlads’ and ‘sweetiebeeties’. He tells me to pick four of his Ooblets for… wait for it… a dance battle. Suddenly, there are funky disco lights, an old-style boombox, a ring of excited Ooblet audience members, and playing cards which make your team do excitable dance moves to ‘beat’ the other team. It’s cute, wholesome fun, and even though I’m normally hella competitive, it feels like the kind of game that you genuinely wouldn’t mind losing because playing it is so delightful.

“We’re wholesome content, that’s what we always say!” Blizz laughs. I noticed on his stream that Blizz quite often refers to himself as a ‘bi dad’, so I ask him if that’s part of this wholesome vibe. “A lot of people in my community identify as queer, or part of the LGBTQIA+ community. And some of them just don’t have good relationships with their parents at all. And I’m like, ‘OK, fuck it, I’m your dad now. Come hang out with us, everyone here, we’re family. We’re hanging out, we’re vibing, we’re gonna have a good day. You got this.’ And then we’ll play a game together and make sure people are engaging and also laughing.”

I realise that in all my yacking Blizz has lost some of his lead in the dance battle, so I apologise for screwing up the game. He smiles really good-naturedly. “No, I’m just here for a good time, that’s what I always say.” After he wraps it up (and still wins, luckily), we pop round the town again to see the furniture store (‘Bi-kea’ anybody? No?), the barber to get a funky bi do (blue beard and pink hair), and for a ‘spressy’ (espresso) at the coffee shop.

I ask him why he started streaming, and he tells me honestly, it was partly a COVID lockdown hobby he picked up that’s just blossomed. But there was also the issue of diversity that bugged him. “When you look at Twitch, there’s zero-to-no diversity. All the main faces are just white cis men. Which fucking sucks because there are amazing streamers out there who do not fit into that characterisation. So that’s what’s been kind of pushing me in like, ‘hey, I’m going to be the representation I was missing’, hopefully help others see ‘hey, Blizz can do this, I can do it too.’”

Everything in the game, and in Blizz’s stream generally, seems to be so overwhelmingly positive and full of joy, but he apparently still gets hassle. “I do get a lot of trolls. I don’t know why because I’m the kind of person that only gives love and positivity towards my streams. But it’s been keeping me going, because ‘I’m here to prove you wrong. I’m here to make the haters mad, OK.’

I decide to stir the pot a bit further, and ask what makes him go ‘boom’. “It depends on the situation… Honestly? Bigots.” He chuckles. “Bigots, 100%. I go boom. I don’t like dealing with them. And that’s when the sword comes out.” At this point, he whips out an awesome foam sword, and proceeds to explain to me that sometimes when there are trolls on his stream, he brings out play swords to lighten the mood.

As we wrap up with chatting, Blizz takes me to the end of the day on Ooblets. We see what crops we’ve harvested, what friendship points we’ve earned, the dance battles we did, but finally is Blizz’s favourite feature of all. “Something that’s really important, really important and makes me feel good: instead of continue, it says ‘I did good’.” He smiles and gestures a big wide hug. “And I’m like, ‘I did do good! I did good today. I’m very happy with what happened.”

If you loved hearing about Ooblets, and want to try some other queer games recommended by Blizz’s community, check out:

Monster Prom – ‘Choose your own adventure’ text-based game, where you have to woo your monster classmates (no assumed sexuality, and they/them characters available)

Dream Daddy – Dating simulator, where you as a single dad have to meet and romance other hot dads

(PS. My gamer partner – who Blizz hilariously pointed out makes me a TikTok trope for being a bi girl dating a straight gamer boy – also recommended Gone Home and Blaseball)

Blizzb3ar was interviewed by Maddie Jones

Bisexual on the Spectrum: Being Queer & Autistic 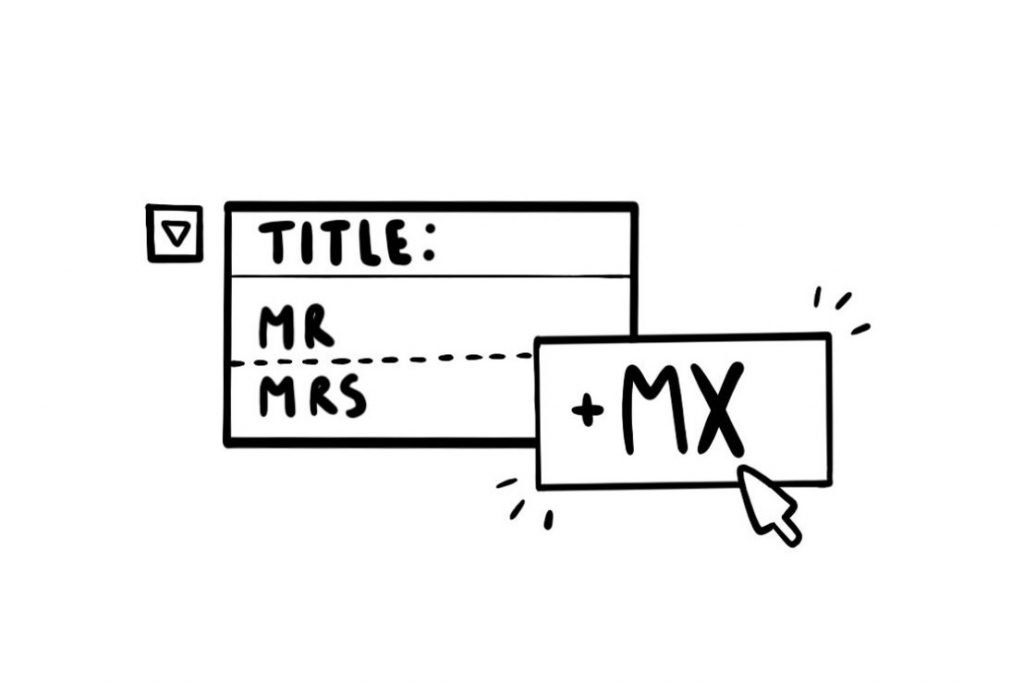 Battling The Binary and Challenging Brands to Keep Up

We chat to the activist behind the ‘Include Mx’ Campaign