“These individuals are at the hands of an evil operation;” The Human Cost of Gay Conversion Therapy

I am Norman, a hard hitting short film, seeks to raise awareness of the terrible cost of conversion therapy. Unicorn speaks to its directors, Darius Shu and Arron Blake, about this ongoing human tragedy.

Despite extensive campaigning, gay conversion therapy is still legal in the UK and in over 100 other countries around the world. LGBTQ+ people are 8.4 times more likely to attempt suicide or develop mental health issues due to family rejection.

It is these shocking statistics that inspired directors Arron Blake and Darius Shu’s gut-wrenching new film. Following the story of a conversion therapy survivor, I am Norman seeks to shed light on the damaging truth about this barbaric practice.

The film was made during lockdown over two weeks, with only a two-person crew (Blake and Shu) adhering to Covid guidelines and respecting social distancing.

We caught up with writer/performer Arron Blake and cinematographer Darius Shu about this fascinating and important project.

Unicorn: Tell us about Norman. Who is he and where did the character come from?

Arron: Norman is homeless and lives in his car. He is a character I wrote during lockdown when I discovered conversation therapy is still very much legal in this country. I wanted to create a character who has been rejected by society, has become so comfortable with what he has been dealt, yet still hugely affected by the consequences conversion therapy has had on him.

Unicorn: What made you want to make a film about conversion therapy and its effects? What research went into the development of the film?

Arron: Finding out the county you live in still allows this hideous practise to take place was enough reason to make a film. I thought about a revenge tale, I thought how could I do this in the right way that it deserves but still make an audience feel empowered, sad and laugh too, but still get the message across. I wrote the piece during lockdown so watched a lot of interviews online with pre and post-conversion therapy individuals. I read a lot. It had to be accurate.

Unicorn: The film at times uses humour, at times it is shocking, at times emotional. What do you want the audience to feel and take away from the piece?

Arron: If you use humour in the most awful situations you can get away with a lot. I wanted to draw the audience in, get them comfortable and then yank the rug from underneath their feet so the message lands and they can’t look away.  If this is a film someone wakes up with the next morning then we’ve done our job.

Darius: It has to be hard-hitting and it has to be impactful to evoke change in people’s perspective of the issue. I wanted the camera and the film to be as immersive as possible as if you are there with Norman.

Unicorn: It feels like there’s an anger to this film. It seems to me that the character of Norman, and what he does with his life, is an extreme metaphor for the suffering caused by conversion therapy. Are you angry? Is society angry enough about conversion therapy?

Arron: Many people like myself don’t even realise this is happening and the devastating effects it has on the individuals who are at the hands of this evil operation. I’m happy if people are angry watching this film. They should be.
Darius: We wanted to shine a light on this issue in a different way and we were shocked to realise this problem still exists in the UK and many parts of the world. It’s a story that needs to be told and people need to know the consequences of it.

Stonewall’s LGBT in Britain – Health report found that one in twenty LGBT people (five percent) have been pressured to access services to question or change their sexual orientation when accessing healthcare services. This is conversion therapy by any other name. This number rises to nine per cent of LGBT people aged 18-24, nine percent of Black, Asian and minority ethnic LGBT people- and eight percent of LGBT disabled people.

All major UK based therapy professional bodies and the NHS disagree with conversion therapy on logical, ethical, and moral grounds. Yet it is still legal.

Hopefully, through the work of artists such as Arron Blake and Darius Shu to raise awareness of this important issue, alongside the tireless efforts of campaigners across the country, the next generation of queer people can be protected from this harmful- and potentially fatal- practice.

I am Norman is currently touring the festival circuit.

Watch the trailer for it here: 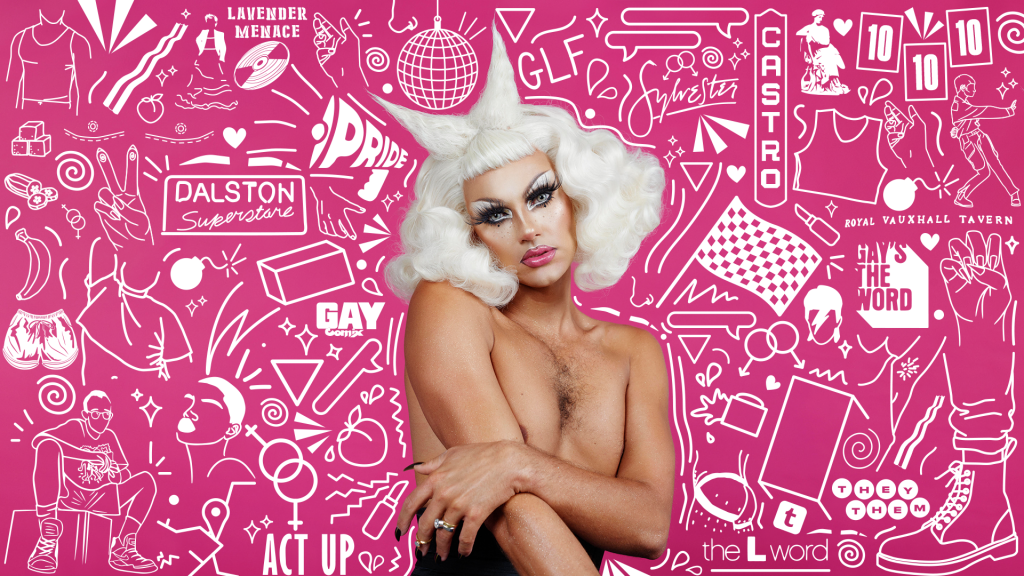 LGBTHM21 Special: The Things That Made Me Queer

And The Things That Gave Us The Right, With Crystal