Bubblegum And Laser-Beams: Welcome to The Sound of Hyperpop

Welcome to hyperpop. Sounds fun, no? It’s a non-conformist music ‘micro-genre’, but believe me, ain’t nothing ‘micro’ about it. While it’s been going for a little over a decade now in various forms, it only caught my attention last year in lockdown. And I fell in love with it.

Lemme tell you folx how it happened.

It was an unremarkable Friday morning, and I was searching for some adrenaline-pumping tunes to soundtrack the last workday looming ahead. Spotify’s homepage promoted the usual generic ‘feel-good-Friday’ rigmarole, along with my recently played genres and… er, ‘Hyperpop’? What the heckin’ heck is hyperpop? I wondered. The name alone piqued my curiosity. It conjured the sort of youthful energy that I thought I needed.

But I wasn’t prepared for the whirlwind I was about to subject myself to. I felt like the protagonist of a fast-paced, sexy, shoot-‘em-up video game, and I’d skipped the tutorial. Yep. I’d asked for ‘adrenaline-pumping,’ and folx, hyperpop delivered by the bucketful. I was shaken… nay, SHOOKETH, by this discovery.

On first listen, I quickly needed to… well… stop. I initially decided (at 29 years old) that I was getting ‘too old for these newfangled crazes’ and chalked it down to a blip in Spotify’s algorithm. But a week later, I returned. I followed the playlist. And then I listened to hyperpop on the daily. And then I pitched this article. Here I am, writing it, with the late SOPHIE’s intimate-but-epic number It’s Okay to Cry moving me through my headphones. Within the same month that hyperpop had come to my attention, news broke that this highly acclaimed artist had unexpectedly passed away, age 34. In her passing, SOPHIE has left a lasting legacy in both the music industry and LGBTQIA+ community.

So what was it about hyperpop that was so… moreish?

The musicality is obviously worth noting. It’s ‘pop but not as we know it’. It’s pop squared. Anti-pop. Pop with added bubblegum and laser-beams. Oh and you can sprinkle in a bit of death metal too, thanks to tracks like 800 db cloud by 100 gecs, Laura Les and Dylan Brady.

Listening to their music, I can see a link between how I feel here and how I feel elsewhere in cyberspace. A queer musician myself, I had once taken to the online social space Instagram to promote my own songs, but instead found myself exploring the vast, vibrant array of gender identities expressed there. I follow ‘#NonBinary’ and ‘#Genderqueer’ now because the more visible these identities are, the more validated I feel in my own queer experience. In the great grid of the ‘Gram, I’ve found my community.

When I listen – and I mean really listen – to hyperpop, that feeling of validation arises once again and lights me right up.

It feels like the queer community and hyperpop are intrinsically linked and hyperpop places queerness centre-stage. And the listeners, whoever they may be, are here for it. The ‘Hyperpop’ Spotify playlist, packed with underground queer and trans artists, has amassed almost 180,000 followers since its creation in 2019. That’s no mean feat.

Hyerpop is gaining traction on TikTok too: 17-year-old ElyOtto produced the track SugarCrash! from his bedroom in Canada and shared a teaser back in 2020. It. Went. OFF. He garnered 778.8K views up to this date, as well as over 5M videos performed by other TikTok users. The mostly-Gen- Z users are expressing themselves through this music and reacting with hyperpop tracks of their own. The parallel between the rise of TikTok and hyperpop may well be the indicator of a more inclusive future.

Wow. That ‘unremarkable’ Friday morning did a number on me, huh.

I mean, I didn’t ask for a musical revolution, but I’m sure as heck stoked that I got one! In my pursuit for a buzz. I’d found a new listening experience and renewed sense of belonging. My queerness was – is – validated. I felt like I was packing up for cyber-queer utopia for good. A bit like Mike Teavee of Roald Dahl’s Charlie And The Chocolate Factory, shrinking into the television. ‘Cept I’m not an idiot-brat-child.

Now let’s not get it twisted – not all hyperpop is my jam. Hard house beats and anxiety disorders don’t always mix. That said, I will continue to explore hyperpop because I’m all about unabashed creativity, the rules that they break and the queer history being made.

Not everyone will vibe to the chaos of this music. Taste is subjective, and all that. But let’s face it, hyperpop has an important role in the queer sphere. It’s at once diverse and unifying. It speaks – and shrieks – for us folx.

It’s a music genre, but also so much more 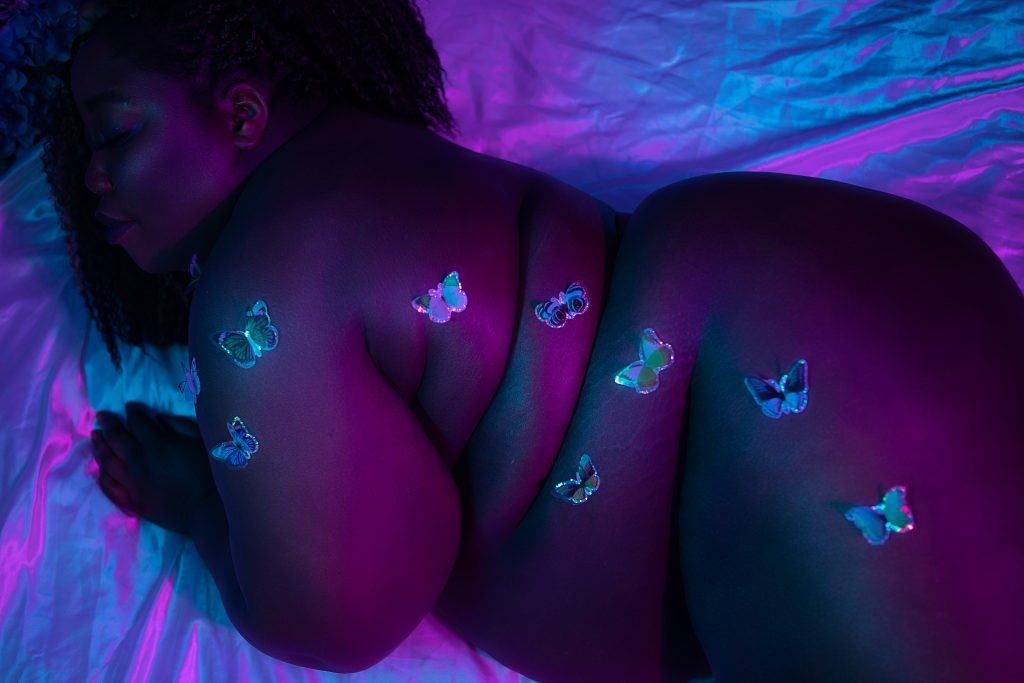 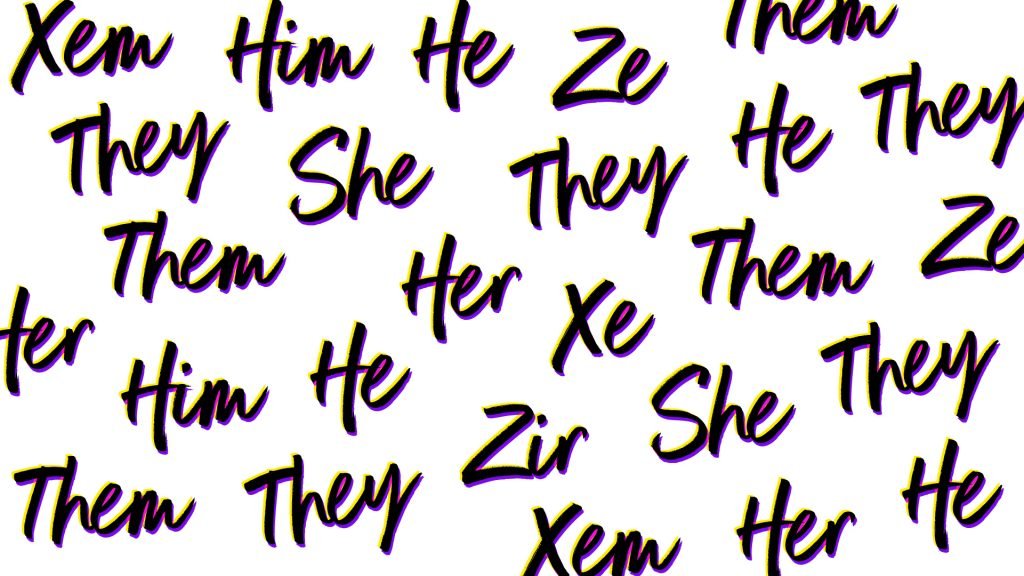 Coming Out and Tripping Up: Why Non-Binary Pronouns Matter 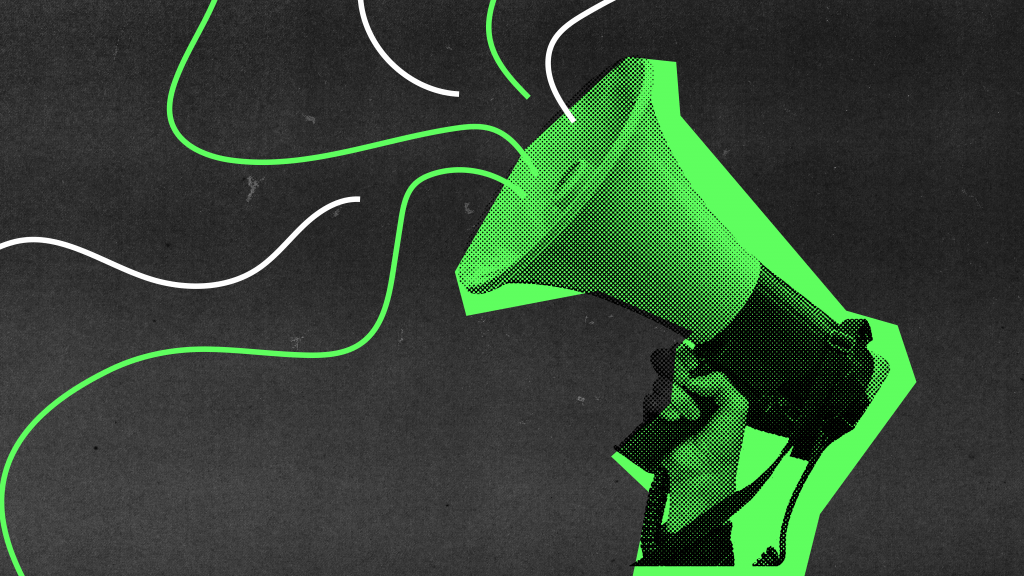 Why You Don’t Need a Label to Find Your Voice

With activist Mark @NotDefining, on finding your authentic self in a sea of labels