“Bi stuff is cool!” Hafsa exclaims, and gives an enthusiastic thumbs up. “Being bi is awesome, more people need to talk about it.” And who better to talk about it than Stonewall’s 2019 Bi Role Model Of The Year, fierce ‘queerjabi’ activist, and all-round lovely human being, Hafsa Qureshi? Known for vocally advocating for the bi community, I’m sitting down for a video call with Hafsa (and her faithful furry friend, Sooty the cat) to talk about her work, the internet, and her identity.

“I refer to myself as ‘queer’ and ‘bi’, and I’m also poly. So I dislike when people label bi people as trans-exclusive, because they view language in such a binary way and gender in such a binary way. If you’d have asked me five years ago, I would’ve said ‘yeah, I think I’m more attracted to women than men, but I’m still attracted to both’. As time’s gone on, a partner I was seeing came out as non-binary, and I was like, well ‘you’ve broken my scale now, because you’re not male or female!’” Hafsa giggles, while I ponder on the idea of a giant rainbow ‘gender scale’ seesaw (coming soon to a queer playground near you).”Gender is not just two things. I really dislike when people begin this ‘bi vs. pan’ debate and, you know, force us to fight each other almost.

When it comes to ‘queer’, I find I really love the word queer because it really suits who I am as a Muslim who’s also bi who’s also disabled who’s all these adjectives, because it helps me find spaces where I’m gonna be included.”

I ask Hafsa what kind of places she has felt included in, and she sighs. “Unfortunately in every single space I have ever been in, apart from my workplace, people have asked me if I’m straight, if I’m an ally…

They don’t outright say, ‘why are you here?’, but it’s happened so many times.

I have to accept in my life that people will constantly ask me this question that I hate.”

Hafsa smirks and intakes breath. “Well, hate’s a strong word, question I dislike. I actually go into every queer space now and I kind of announce myself, like ‘Oh, I work at Stonewall, I’m bi!’ It’s like I have to scream it for some reason! I often wonder if my presence makes people uncomfortable because they read me as a Muslim woman and they think Muslim women are all homophobic, biphobic, transphobic, and therefore I shouldn’t be in this space, because I’ll make them uncomfortable, just in that round-about way.

But at least in a queer space people are maybe more understanding that LGBTQ+ people don’t look and act one way. So I find at least if I say ‘well I’m bi’, there’s probably some kind of question, but it’s less like ‘oh, you shouldn’t be here’. More like ‘oh, that’s interesting!’”

Speaking of interesting, I steer the conversation towards something that I’ve been dying to ask about: where did the word ‘queerjabi’ come from, which Hafsa proudly identifies as on her Twitter bio? We can’t help but stan because, let’s face it, all bi folks love a good pun. Was it her own creation? Does it come from a pun-tastic queer corner of the internet?

“I don’t want to say I came up with it, because I probably didn’t… I probably saw it on the internet somewhere. I don’t think I’m that creative! I like to use the word – it’s just fun. It fits into hijabi and queer and… I get a lot of hate messages. I really want to posit this by saying most of it is positive, there’s just a very vocal minority who send me death threats and messages saying they know where I live and all sorts of things.

They refer to me as a hijabi, say things like “as a Muslim woman, what are you doing?”. There’s also this weird subset of people who will try and hit on you to ‘save’ you? They’ll message you saying that they’re very concerned for your soul and whatnot, because you’re bi, so ‘obviously that’s wrong and bad’. They try and ‘coax you back’, they say ‘I can help you to the straight side’…

At this point, Hafsa’s partner arrives back with a portion of Too Good To Go from Café Nero, and we go off on a nice long tangent about snacks. After the croissant natter, I ask Hafsa a bit more about her work, about her openness in raising awareness of disability in the queer community – and cue an epic monologue of me fan-girling about being a fellow ‘spoonie’ to whom that means a lot before Hafsa manages to get a word in edgeways and tell me more.

“I have several illnesses: I have osteomyelitis, enteropathic arthritis, I have depression, and they all collude with each other. My body is just doing all sorts of things. For years, I didn’t wanna accept ‘yes, you’re disabled’ and when you bring it to a queer disabled space, I think some people are still fighting that, where you’re kind of saying to yourself, ‘well, it’s not attractive if I’m too disabled.’ Which obviously isn’t true, but it’s this internal thing that you don’t want to seem too incapable.

Especially if it’s something like a dating event and you feel like you have to downplay how disabled you are, because you don’t wanna put off someone and say ‘yeah, sometimes I can’t walk’. It’s almost like you have to minimise parts of yourself. It’s a double spoke of ‘I’m super queer in this space so I need to be less disabled in this space’, as if you can’t be both. You obviously can, but you don’t want to be ‘too much’ at once.”

I resist with every fibre of my being cracking a joke about us bi folks being ‘greedy’ even when it comes to identity politics (massive tongue-in-cheek wink emoji here), and instead go on a bit of a rant about how far nightclubs and queer events have to go in becoming more accessible (which you can read more about here instead). Hafsa nods in agreement.

“Sometimes you’re in a queer space and they have no seating, or they have a lift but it’s broken and nobody has bothered to fix it. I never know if my health is going to go back to where I need a walking stick again, but I constantly think about how even surfaces are, getting from A to B, where there’s a little bump, what’s really awkward to get to. And I constantly think ‘this space hasn’t thought about this’. There are too many events like that. They’re saying,

‘we wanna be as inclusive as possible… but we’re not going to think about anyone who doesn’t fit our experience’.”

She shrugs, and sighs.

Luckily, the joy of video interviews is that, whether you’ve got a bad back and need to lie down while you’re talking (Hafsa), or you spilled your lunch down your top and are hiding that bit just off camera so your spaghetti stain isn’t on display (guess who – hint: not Hafsa), everyone can get comfortable. We giggle about inclusivity for those with disabilities and those who are just plain clumsy like me, go off on a glorious tangent about RPG boardgames (Hafsa recommends I need to try Blades in the Dark), and then I ask Hafsa for a few final words of wisdom about coming to terms with being fabulously bi.

“Not everyone is gonna like you, and that’s OK. And I feel like this is such a hard lesson to learn, and it’s such a hard thing to accept. But the sooner that you accept it, the sooner you’re free to do whatever the heck you want. There’ll always be someone in your life saying that they don’t agree or accept. There’ll always be someone in your DMs or in your life that’s like, ‘I don’t agree with that’. Screw that person. They are not the arbiter of your life.

Your safety comes first and foremost, so never do something that puts you in an unsafe position – but when you get away from those caustic people and you can do exactly what you want, just remember that not everyone’s going to like you and that’s fine. Because the people who do like you are gonna stick by you, and are gonna be with you and accept you exactly for who you are, as you are, and not expect you to contort and be someone that you shouldn’t be.” 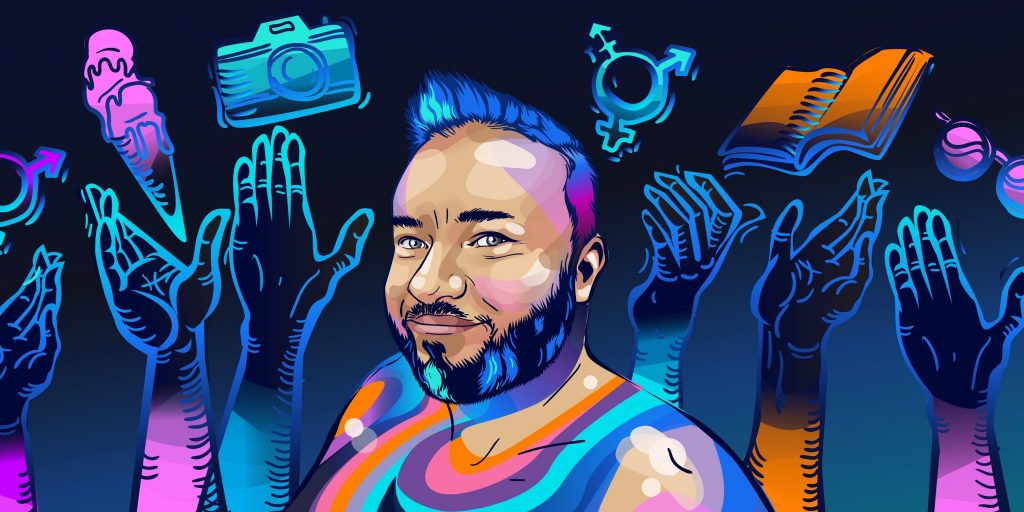 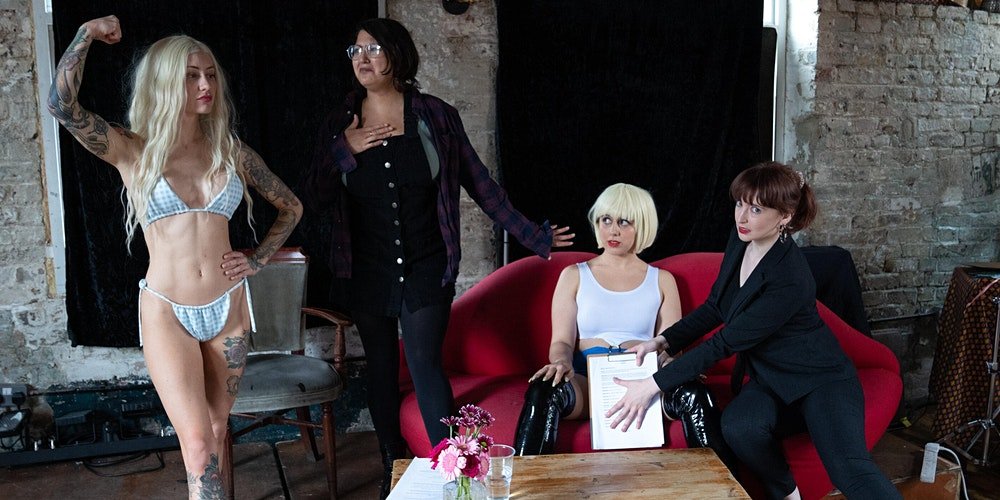