Credits for all images:

Marqueza, it’s so lovely to chat with you. Do you want to give our readers a little introduction?

Lovely to chat with you! I’m Marqueza and I’m a singer, songwriter, producer, and visual artist. I’m Japanese-Venezuelan, queer, a Pisces, and am currently based out of Salt Lake City, Utah. I’ve been obsessed with music and the arts since I was a child, getting involved with performance through dance, theater, and music everywhere I have lived and love visual art, fashion, and photography as well. I dream about reaching more people with my music around the world and bringing joy and affirmation through the themes in my work. I am a huge sci-fi fan and also dream of scoring a science fiction film or series someday (as well as make my debut as an actor as some kind of sexy alien villain). I’ve also started songwriting for other artists, and thinking about producing for other artists someday soon too. I’ve always got ideas!

You label your music as genrefluid. What genres would you say influence your music style?

My music is an always changing and exploratory experience. When I perform live I always use an element of improvisation, making my sets unique every time because I allow even my environment to affect me. I am influenced by many genres and styles, and not always necessarily influenced just by music either. I grew up listening to all styles of popular music, and then found jazz in high school. If there’s ever been a genre that really changed everything for me I would say it’s jazz. The freedom and history of jazz music and all of the styles it’s connected to really influences everything I make, even if I’m not specifically making jazz music. I also love experimental music, ambient, film soundtracks, just as much as I love R&B, reggaeton, and electronic pop. My vocals are heavily influenced by R&B, pop, and jazz. But my music never sticks to one particular genre, it’s all about the fluidity and the challenge of mix-and-match. I also feel influenced by science fiction, queer culture, my experiences studying and working in environments focusing on social justice, issues of racism, transphobia, and healing from trauma. I think a lot about the community around me and am also influenced by all of the incredible artists in my life. I feel the most grounded and authentic when I am exploring and I’m always looking for the next science experiment!

Congrats on your recently released Osaka with @ivouriesfats how did that collab come about?

Adam and I started collaborating during the beginning of the pandemic, exchanging ideas over the internet before we could meet up in person. Osaka was one of those songs that just happened so organically; I have listened to so much city pop living in Japan, and Adam has a wide range of influences and takes inspiration from international music as well. I was born in Osaka and was able to realise a dream of writing a bilingual Japanese and English song about diaspora through Osaka. I want to draw more from my cultural sides, both Japan and Venezuela, so perhaps a Spanish song is coming up next 🙂

Golden Hour was a really special song. I wrote it during lockdown when I was at my most lonely. Golden Hour is about recognizing and mourning the briefness that is time and life, and learning to appreciate the beauty of these moments. It’s also important because it’s the first Marqueza single that I wrote, recorded, and produced myself. I wanted to remind myself and the world that I am a producer as well, and it is a symbol of independence for me and a queer POC artist especially trying to thrive in a place like Utah.

You’ve been very busy. Will you be releasing a music video for it?

I have been so busy! I am very grateful for the opportunities I’ve had during a worldwide pandemic. I recently played the best show of my life, opening for Slayyyter in SLC. I got on stage wearing the iconic bagel hair from Everything Everywhere All At Once and got the crowd to sing an improved song about the movie. I felt the happiest I have ever felt on that stage that night, the crowd was amazing, and Slayyyter and Loveleo were so sweet and even brought me up on stage for their set. I feel like I am made for the stage and am very interested in melding all of the mediums and genres I am influenced by to create a one-of-a-kind experience in my shows. I am working on a music video for Osaka and… Golden Hour as well 🙂 I also just made my video game music debut recently, I scored the music for a cute sci-fi mobile game called Warden’s Key. Check it out on both iPhone and Android!

We’ve been following your TikTok creations and are loving your recent ‘reaching final watery form’ one. The makeup and stylish are so cool, what was that for?

It’s a secret lol! No but it was a very special shoot with local SLC photographer @jeepers.creeper and styled entirely by @elianasuniforms. I needed to do a shoot to get images that represent who Marqueza is in the here and now. I’m including one image from the shoot for this interview. Eliana made my vision of a fully embodied, watery, Marqueza form possible through her eye for fashion. It was so fun because I told her I wanted to look like a sea creature. I’m obsessed with the ocean, all things blue, and watery and she and Lirica really captured that with the shoot. That’s all I can say on that for now, but more exciting things to come soon!

Any favourite fell queer genderfluid TikTokers we should be following – if we don’t already?

There are so many amazing people on TikTok and I have been obsessed. Some cool queer poc favs are @__callmejo___ , @genderless.potato, and @itszuose. But if we are talking Tik Tok I also have to give an honorable mention to @thatadult. She’s probably the smartest and coolest person on the entire app. If you’re into fashion, sustainability, and philosophy of fashion you’ve got to follow her. You must also follow me as well so that I can spready my silly little tik tok wings!

You came out as genderfluid in February, how have your fans reacted? Supportive hopefully?

I’ve actually been out as queer and non-binary for years now, but recently decided the word “genderfluid” fits me more. But who knows, maybe tomorrow I’ll change my mind! I’ve realised that the older I get and the more comfortable I become with who I am, the less I care about labels and words. Which isn’t to say I don’t notice or feel frustrated when I’m misgendered, but it’s been almost like a fun experiment for me. Genderfluid is just one word in one language and in one context, which is mostly living in Utah. I feel like my identity, my gender, my sexuality, are all very personal and I’m starting to care less and less what folks know or don’t know about me. Maybe it’s the Pisces in me, but I’m happy in the fluid grey areas, if others don’t like it that’s on them and I am feeling more and more at peace with that! It’s also just really funny when people call me “girl”. I know internally I am not, and I find myself giggling when that happens now. Jokes on you guuuurl

Finally, any tips for our readers who might be looking into releasing music and writing their own songs?

I think one of the biggest things that has helped me is just listening to a TON of music. That might sound cliche but it’s truly so important. Focused, intentional listening is important. You gotta listen to your favourite songs and think about why they are your favourite. Is it the melody? Lyrics? Tempo? Are there other songs that are similar that you can also pick apart? If you sing or play an instrument, are you learning the songs you like? Are you listening to songs you don’t like and figuring out why? Music is a science. But the way we are influenced, the way we feel, what certain songs do for us or don’t do for us, that differs from person to person. It’s important to listen, and to learn as many songs as you can. I am quite obsessive when it comes to singing. I will listen to the same song 100 times in a row until I know every little detail. It’s all in that practice for me, and I never get sick of it because I love it. And when I feel discouraged, which I do regularly, I try to find the songs that comfort me. Every single person’s process will be different, but I think finding a way to make music an intentional part of your everyday life is crucial. For me, I can’t imagine life without it.

Thanks for having me, and keep an eye out for exciting news coming soon <3.

Thank you so much for chatting with us, we really appreciate it. 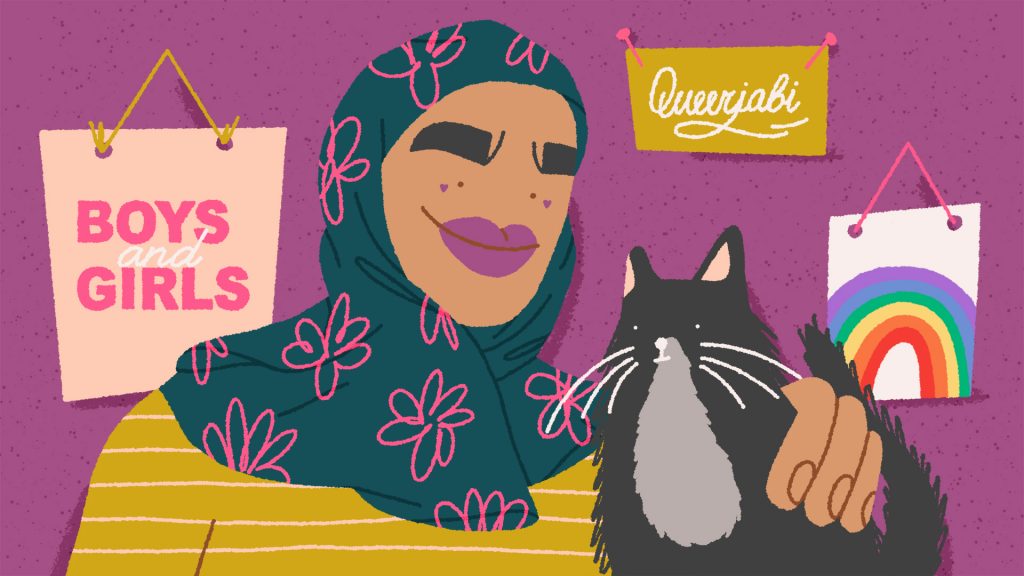 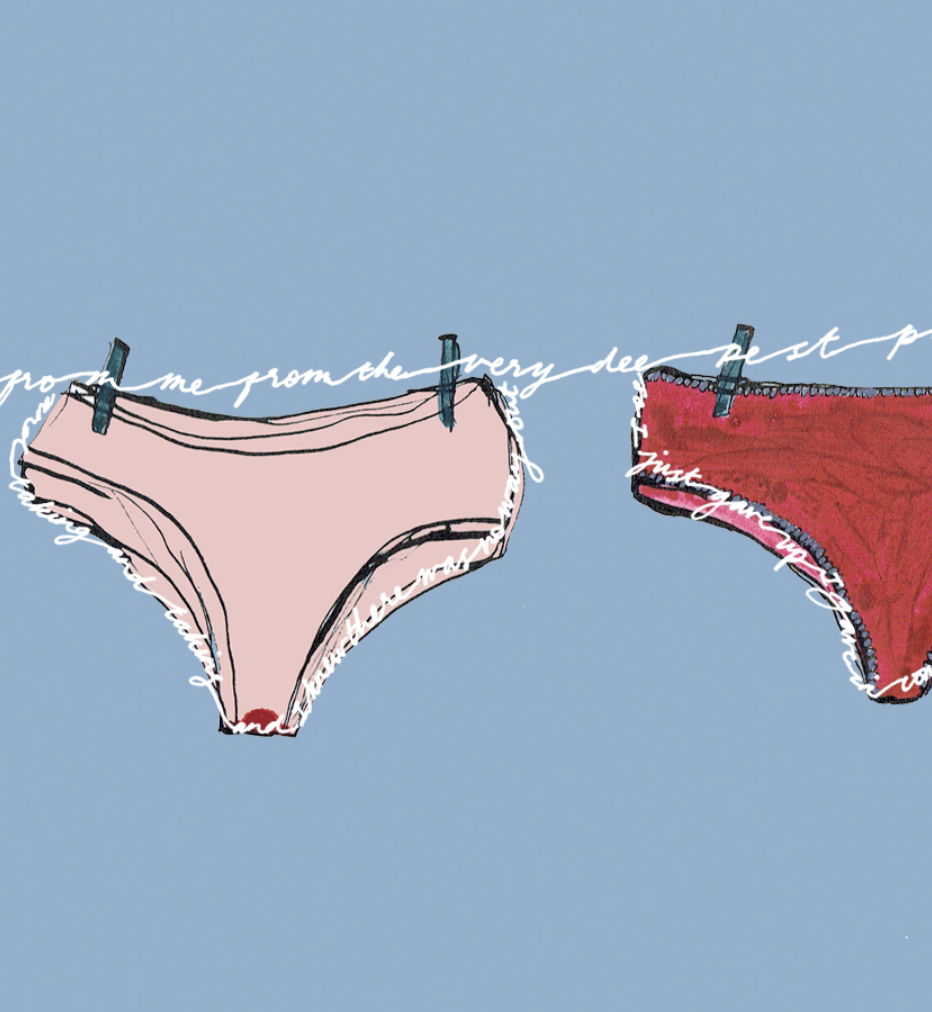 The Importance of being open

Illustrator Bella Schilling opens up about art and sexuality