Putting The Art in Party: How Queer Photographer Romain Berger Is Shocking France

We chatted all about his work, queer aesthetics, and how he’s kicking through the veneer of the French art scene to bring something a bit more punk to the table. Oh, and shared a bit of love for Olly Alexander too…

U: Thanks for coming to chat to us, Romain! Can you start by giving us a quick intro to yourself?

My name is Romain Berger, I am 34, and I am originally from Cherbourg, which is a town in Normandy. Since 2015, I’ve been living and working in Rennes, in Brittany, which is a beautiful region. I identify as a queer man, and I use he/him pronouns.

U: So, how did you first get into photography?

After I’d finished studying film, I went to live in Paris to find work. You go to Paris like you go to New York: to try to ‘become famous and work in the art world. But there is a difference between movies and reality… I did some filming, but I didn’t get a real job in cinema.

One day in 2013 I decided to buy a digital camera to produce my own short films. That’s when I discovered photography. I am totally self-taught, and that’s why I make this style of work: it’s a mix between cinema and photography. It’s true that people often say ‘it’s  very queer’ when talking about my work – people equate it with parties, excess, bright colours, originality.

U: When I looked at your work for the first time, it looked super colourful and provocative, and very visibly queer. What drew you to focus on queer identity in your work?

Honestly, I didn’t choose it – it came naturally, it’s part of me. At first it seemed natural to me to portray the queer community, but soon I realised that it wasn’t so natural for society.

So my work became more committed. I want to be a voice for forgotten people. There aren’t many queer artists in the  world and there aren’t any very famous ones, so I want to show the world that we exist and that we have things to say.

U: And how have people reacted to what you’ve got to say?

I have never had any direct negative feedback. On social networks, at parties, I always get a lot of compliments on my work.

But there’s negative feedback that’s implied. When I present my work in French galleries, they always refuse to show me. These galleries show naked women, but they don’t want my work.

Abroad, I always get positive feedback; the negative reactions only come from the French galleries. Some have told me that it is too provocative, too daring or too vulgar to be shown to an audience.

U: That’s kind of astonishing. Do you think the provocative side of your work is an important part of the queer identity?

As far as aesthetics go, I would say that queers have a sense of celebration and showmanship, so inevitably everything seems more excessive and crazy because we know how to have fun without taking ourselves seriously and without worrying about gender.

That said, I’m a big advocate of not having a boy/girl aesthetic, so if I said there was a queer aesthetic it would be a bit ironic. Of course there is, but it is created by society. Is society right? I don’t know.

U: Forget society. What does being queer in art mean to you, in that case?

Queer is not a physical thing especially, it’s a sense of belonging.

U: Are there any parts of the queer community you wish you could make feel more included through your art?

Yes, I would love to photograph trans people who have had surgery. I would like to  show their bodies but it’s very difficult to find people who want to be exposed in this  way.

don’t want my work to harm them even more. But they are part of my community and  it would be very important for me to take pictures of them because they should not be forgotten.

U:  And any other icons you’d love to shoot with?

I am madly in love with the singer Olly Alexander from the English band “Years and  Years”. My dream would be to do a shoot with him.

U: Any ideas for what kind of shoot you’d do?

If the budget were unlimited, I’d let myself go: a staging in a swimming pool with a giant background of a burning city and Olly coming out of the water with his clothes torn off and wet. It feels good to dream, and maybe one day this dream will come true…! 😉 (Laughs)

U: We’ll keep our fingers crossed for you, because we’d love to see that too… So, given the journey you’ve had so far as an artist, do you have any advice you’d give to young queer artists out there?

Never be ashamed of who you are and what you do. Let go and don’t forbid yourself to make a creation to please society. I did that at the beginning of my career, and it’s a very bad thing.

You don’t have to fit in with society, you can be accepted as you are. Bombard social networks with your work, show it as much as possible, and don’t hide.

U: Finally, have you got any projects or exhibitions you  want to share with our readers?

At the moment I am working on a lot of new creations. I’m working on a solo exhibition in Rennes for June (for Pride month), and I’m in discussions with a gallery in Rhode Island for a future exhibition, so it should happen sometime this year. My works travel around the world a lot. I have website sales in the USA, Australia, England – so I would be happy to make them travel a bit more.

An English publisher is also going to publish a book in Summer 2022 with a hundred of my works. I still have a lot of  photography to do before the deadline. It’s exciting but also very stressful. Knowing that a book will be on sale in English and French bookshops with my name on it is a dream come true.

U: I know I said that was the last question, but I’m feeling greedy. One final piece of advice for all the unicorns out there? Let’s keep it to… 3 words. 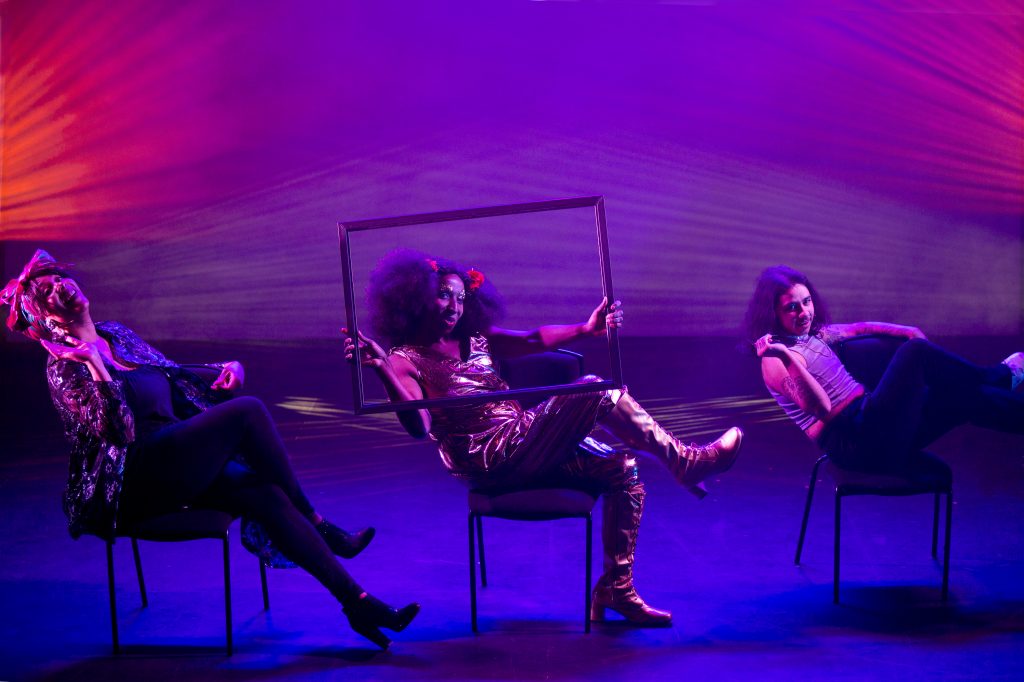 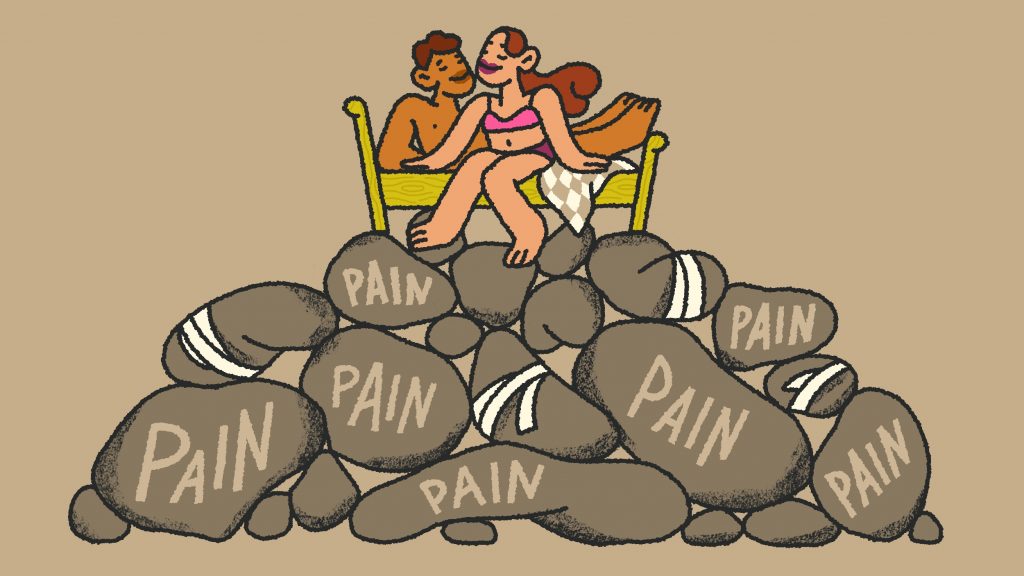 Queer People in Chronic Pain Still Want to Get Laid 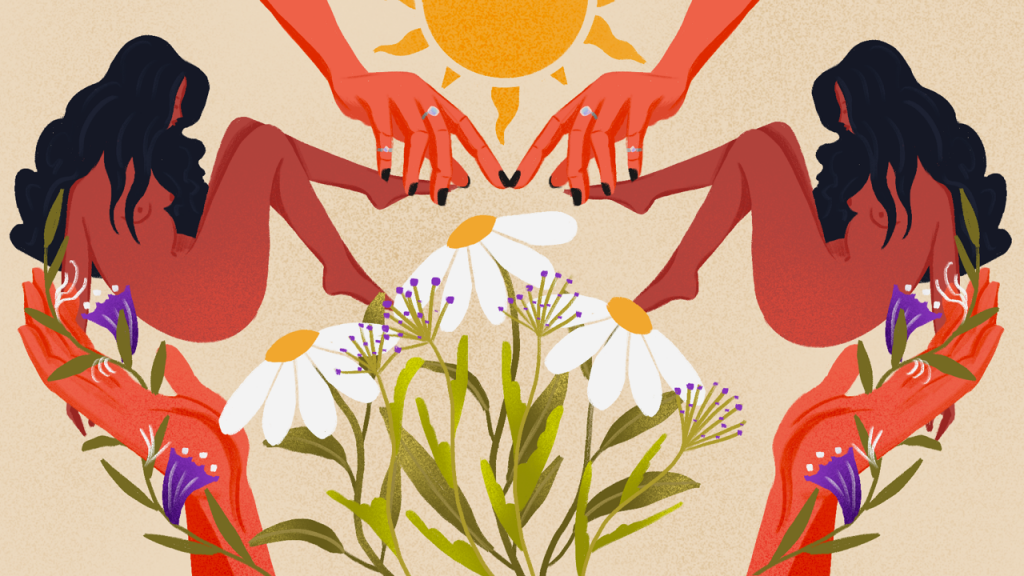