Where Are All The Queer Black Lovers?

Last May, Screen Writer Kirk Moore took to his Twitter, calling for his black gay followers to share images with their partners. The now-viral thread, which seemed like a simple request, has racked thousands of retweets as black couples shared their photos.

Responding to a comment on the thread, Moore revealed that the motivation behind the challenge was highlighting the lack of visibility that black queer couples across film, tv and other forms of media experience.

It is a statement easily supported by a quick assessment of the makeup of gay couples across shows and movies produced by major studios and networks. With this issue significantly affecting the marginalised community, this is a conversation that needs to be louder.

In mainstream media, interracial relationships are the norm and the standard. Black queer characters as couples remain a rare occurrence across mainstream media. More often than not, these characters have White or Latino partners. Black queer characters only being in healthy romantic relationships with other races in media teaches the youths to seek such relationships – that they cannot, if they wish, love within their race. We recognize this casting habit in the relationship of characters in shows such as The Unbreakable Kimmy Schmidt’s Titus, Empire relating to Jamal’s love life, Fabiola in Never Have I Ever, First Kill’s Calliope, Captain Holt from Brooklyn 999, Michael Collins in the Proud Family Reboot, Sex Education’s Eric. There are productions, though tragically few, that have centred on black queer couples like Moonlight, Pose and The Wire.

Typically, if they receive any developments or inclusion, queer black characters and their relationships are relegated to B storylines – take Unique’s character in Glee, who gradually fizzled out. An example of a show that does the opposite of this is Sex Education’s Eric, as we bear witness to his story and character’s growth. Another trend in media is when a character gets into a love triangle with a black character, and one of another race and ends up picking the other race. This inherently depicts black-on-black love negatively and deems it undesirable. Take Step Up when Derek picks Sara over Nicki.

Art creates a space for us to occupy the subject position of another person, to expand our horizons. Sadly, this often amounts to us grasping lived experiences from the subject position of a straight white man when what we need culturally are more voices that amplify the social significance of life on the margins. De-marginalising and centring black voices will allow the flourishing of black queer stories on screen, and off. Currently, the damaging representational gap that the black community experiences denies this blossoming.

From the mid-2000s to 2010, a new class of black gay indie web series debuted across video sites like YouTube and quickly gained a following. To name a few, Freefall, Do Chronicles, Finding Me, Triangle in the Deep – and short films like Slow by Darius Clark Monroe  helped explore the narrative with it being a key element in these shows.

The Logo series Noah’s Arc is an essential piece of black gay history and a regularly referenced example of one of the long-lasting influences of the black queer community. The groundbreaking show was the first scripted series to have an all-black gay ensemble cast with storylines centred around their experiences, and it is the only scripted series on a major network to do this to date. It permitted black men to be vulnerable with one another and showed this to be a strength.

More recent series like Pierre, Red Skin and For The Boys continue to push the conversation forward and display fresh perspectives on black gay and platonic relationships. For The Boys has been praised for presenting characters that directly challenge gender expression rules that black queer men face with stories from different vantage points, and Red Skin has also received similar praise for its performance.

These shows receive praise for directly challenging stereotypes and presenting romantic love stories between bi and gay characters. Despite their impact on the black queer communities, these indie productions face significant challenges.

These projects barely get funding and support or visibility compared to other love stories. They often get cancelled and snubbed. Even with Noah’s Arc being Logo’s highest rating show at the time, it got abruptly cancelled. Filmmaker Lamont Pierre who has created and directed several LGBTQ+ focused films and series, including the hit show, Freefall, has admitted in interviews to struggling to get coverage from media managing outlets and failing to secure other opportunities after the series ended within mainstream media.

The lack of media imagination concerning black love is not surprising but remains disappointing, and most black queer couples have admitted to feeling underrepresented in mainstream media. Black Queer couples exist and will always exist – with or without media recognition of their experiences. A quick search on Twitter with the word “Black Queer Couple” will have you down a rabbit hole of thousands of tweets by different couples expressing the need for representation.

We need our version of shows like Heartstopper, My Wife and Kids and Bel Air – that depict healthy black love. Due to how little this occurs, black queer people can often associate successful relationships with other races and subconsciously feel less likely to be in a happy relationship with their race.

Missing out on authentic representation in media hurts and ultimately affects how one views relationships. Black Queer couples deserve to feel seen in a positive and healthy light in mainstream media as representation is deeply lacking – and the simple act of showing and diversifying the narrative of black experiences in mainstream media is the key. 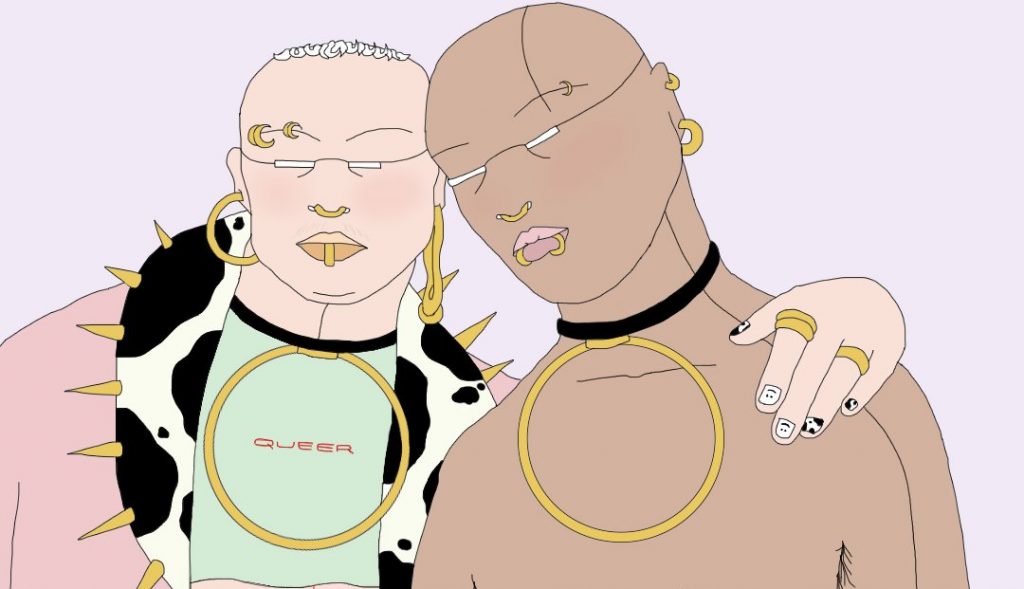 Berlin based illustrator Josefine on how to voice beauty expressions without gender. 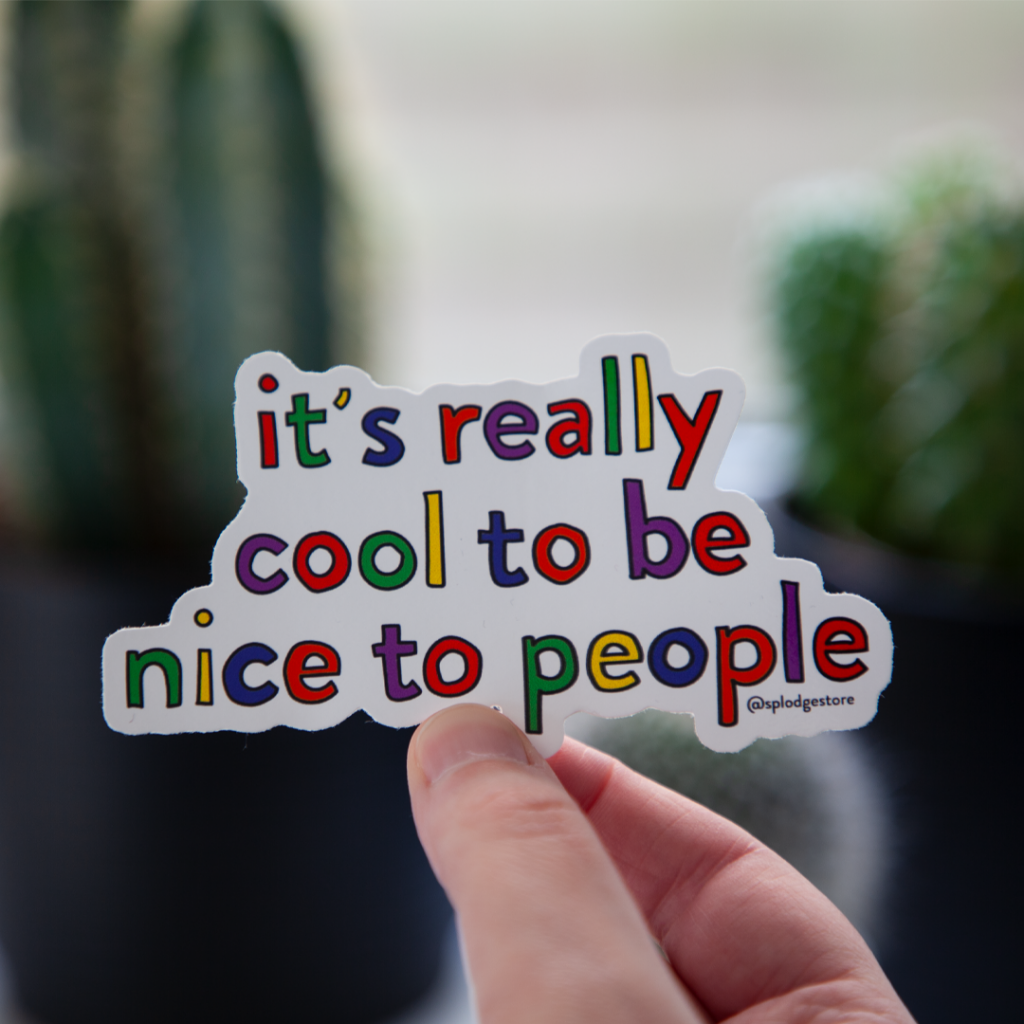 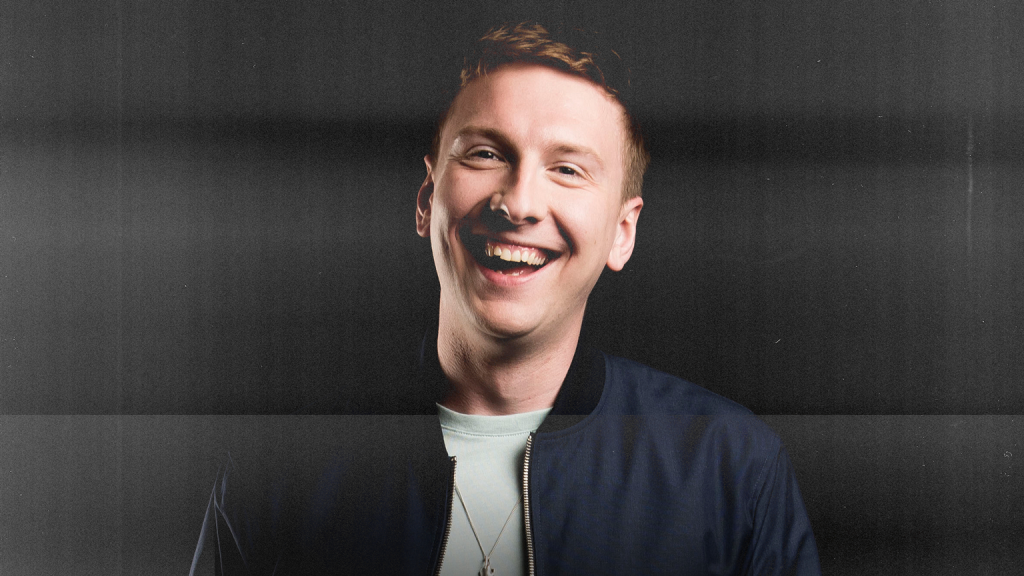 Joe Lycett On Success, Sexuality and Silencing His Inner Critic